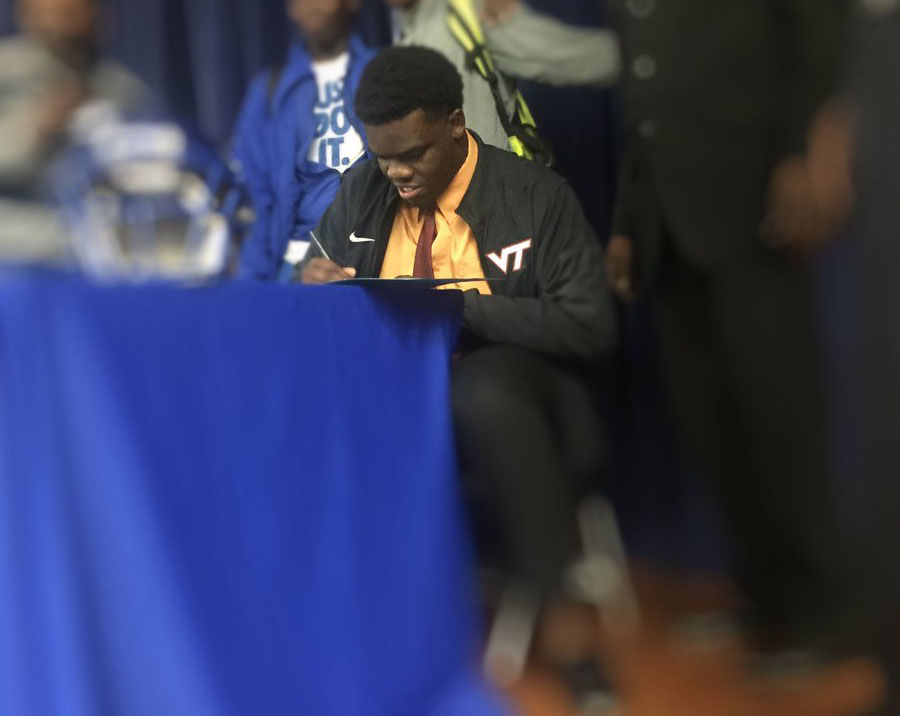 JBril Glaze is a tweener, and the national recruiting/scouting services don’t come to a conclusion as to where to slot him at the next level. It’s pretty simple for me. If he’s already 270, unless he’s going to play for Alabama, then he’s a defensive tackle at the college level. Those sites that rank and scout him as a defensive end are wasting their time.

As far as I can tell, the Power 5 programs that offered him view Glaze as a defensive tackle as well. Mississippi State, Tennessee, Louisville, South Carolina, Maryland and Kentucky were among the ten other Power 5 schools to extend offers.

Charley Wiles has done a lot of things well during his 20-plus years in Blacksburg, but I don’t think he’s done anything better than identify under-the-radar defensive tackle prospects who are great fits for his system. Glaze is that type of player. While certainly not a fit everywhere, I see some attributes that could make him very successful in Blacksburg in Bud Foster’s defense.

I see a few things from Glaze that I like, and those attributes lead me to believe that he’s a good fit for Virginia Tech.

Short area burst: Glaze isn’t going to win many track meets, but he can move quickly in a short area. That’s a very important