Over the next week, we’re going to be taking closer looks at Virginia Tech’s 2017 recruiting class. We’re going to examine everything from in-state recruiting, top recruiting assistants, to Power 5 scholarship offers. But first I want to give my basic opinions on the class, on each side of the ball.

From what I wrote yesterday, you already know that I think this is a good class. But let’s get into further detail and examine the strengths and weakness of each class, on both sides of the ball. Today we’ll start with the offense. 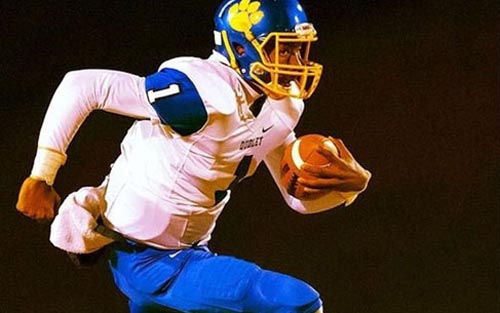 At first, it appeared Virginia Tech needed to sign just one quarterback in the 2017 class. After Jerod Evans declared for the NFL Draft, they needed two. Fuente knew there was a chance that Evans would leave, and he had been doing his homework on potential graduate transfers and JUCO transfers. He didn’t want to bring in another freshman.

In the end, he got 4-star high school recruit Hendon Hooker and JUCO transfer AJ Bush. Both quarterbacks are good fits for the type of offense that Fuente wants to run. They have good arms, and they are athletic.

As I mentioned in yesterday’s article, Hooker would have been highly coveted by the Clemson staff had they not already had a commitment from 5-star quarterback Hunter Johnson. Hooker camped at Clemson, and the staff loved him, but there was no point in recruiting him with Johnson in the fold. So when you think about Hooker, remember that he’s a quarterback who is viewed by the defending National Champions as someone who is good enough for them.

Hooker committed to Virginia Tech way back in March, and he was personally recruited by head