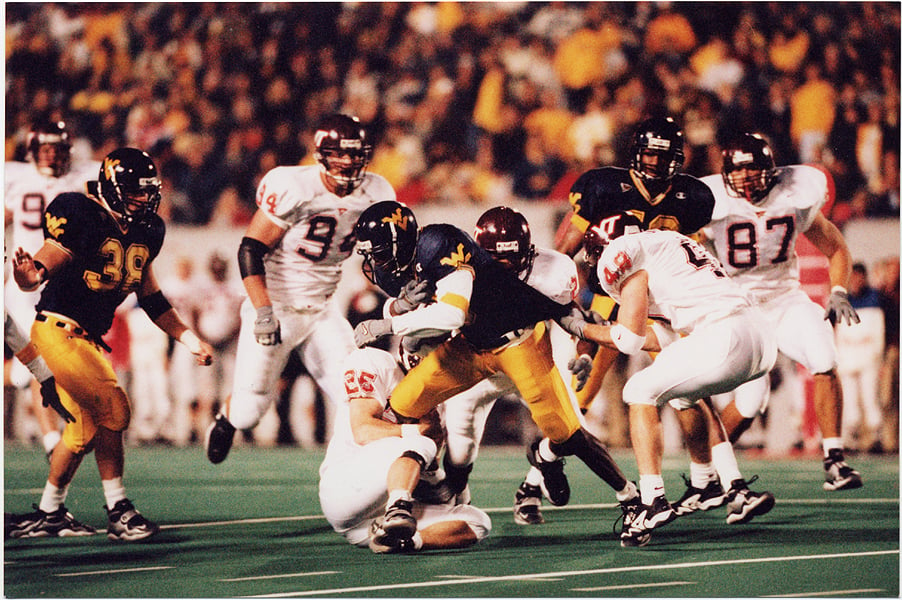 Some have dubbed what happened on November 6, 1999, the “Miracle in Morgantown,” even though the Hokies led most of the game. But it was the night when Michael Vick transcended the level of “really good” and rose to the status of “truly great”—and cemented his status as a Virginia Tech legend.

Was the game-winning drive Vick engineered a miracle? Or was it just great football by a world-class athlete working gloriously under pressure?

Never mind that the drive started with an incompletion. Let’s get to the good stuff:

On second down from his own 15-yard line, Vick rolled right and zipped a laser to wide receiver Terrell Parham for 14 yards to the 29-yard line. Parham got out of bounds with 1:01 left. It was his only catch of the game. Still a long way to go, but it was a start.

Vick then called for a sprint-out to the left with Parham and Davis running deep routes. Because the play had never worked during the Hokies’ weekly hurry-up drills, offensive coordinator Rickey Bustle grimaced at the call from his perch in the pressbox. And just as Bustle expected, West Virginia blanketed Davis and Parham. But Vick found a secondary receiver, Ricky