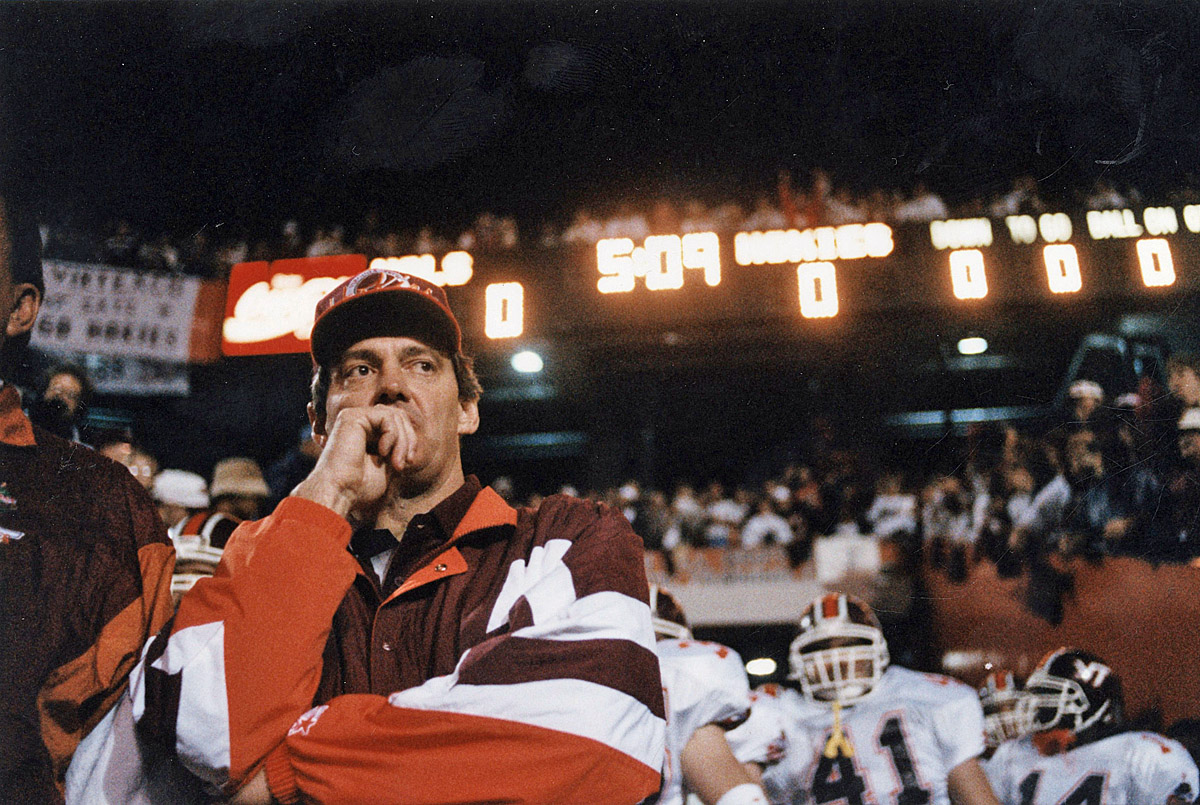 Anybody who has met Frank Beamer knows he is the consummate southern gentleman: understated, gracious, quick with a smile, compassionate toward others. Those qualities contributed to his success as a football coach, inspiring fierce loyalty in his assistant coaches and players. His great strength was the ability to stoke a burning desire to not disappoint him.

But in the venues of athletic battle, he was a fierce competitor. He did not want to lose in anything—not football, not golf, not racquetball, not even blackjack. And in the heat of the game he was not averse to using colorful language counter to his day-to-day persona.

During the course of one heated season Beamer unloaded on football official Tom Beck, vehemently disagreeing with a call Beck had made. He let Beck know it by addressing him as a choice four-syllable expletive that started with the letter “M.”

A few games later that season, Beck was assigned to another Virginia Tech football game. As was the custom, Beamer and assistant coach Billy Hite met with the officials before kickoff to shake hands and say hello. “Coach,” Hite said, “You remember Tom Beck.”

To jog Beamer’s memory Beck nodded, pointed to himself, and with a wry grin he repeated the four-syllable expletive that started with the letter “M.”