There was a lot going on Saturday, highest on the list being the storybook ending to Sam Rogers’ Lane Stadium career. Sam has had a lot of great moments in Lane Stadium, but on this day, as his Hokies — and make no doubt about it, they are his — romped over Virginia 52-10, Sam was front and center. He had career highs in carries (15) and yards (105), had his longest career carry (32 yards), and he ran for a TD in Lane Stadium for the first time.

He did it all while wearing the honorary #25, and after the game he proposed to his girlfriend. Of course she said yes. If Sam Rogers proposed to me, I’d say yes.

First, the moment of all moments from Saturday, without further comment. 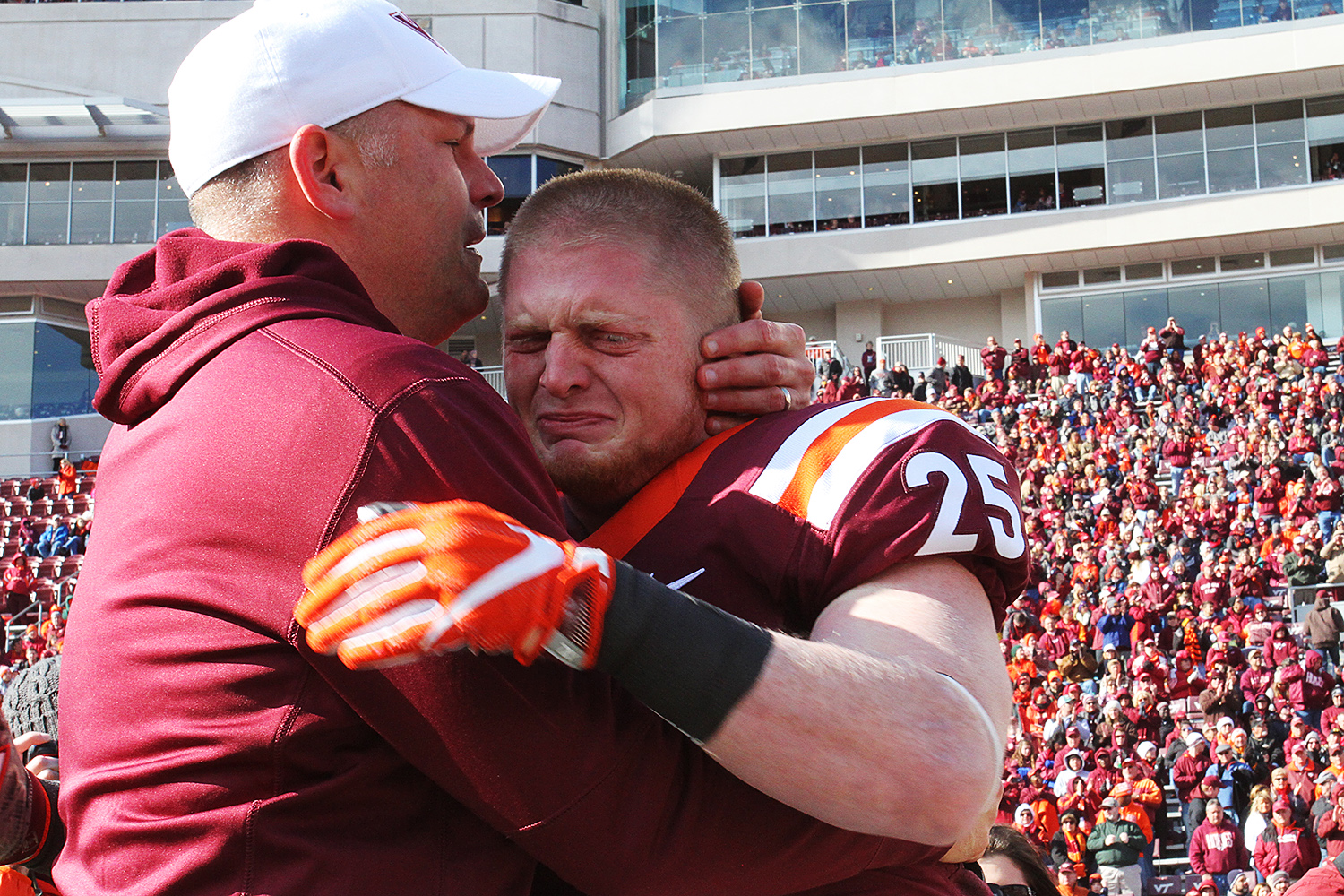 If the Hallmark Channel did football movies, this one would be coming soon. It would be populated by slightly-aging but still beautiful actors and actresses, everyone would wear a wonderful knitted scarf — Sam would probably be wearing one during the game and it would flap in the wind behind him while he scored a touchdown — there would be plenty of tinsel and mistletoe all around, it would have prominent Folgers Coffee product placements, and it would be beautiful and wonderful and predictable and have a storybook ending, where the guy is the hero and he gets the girl in the end, just like Sam did Saturday.