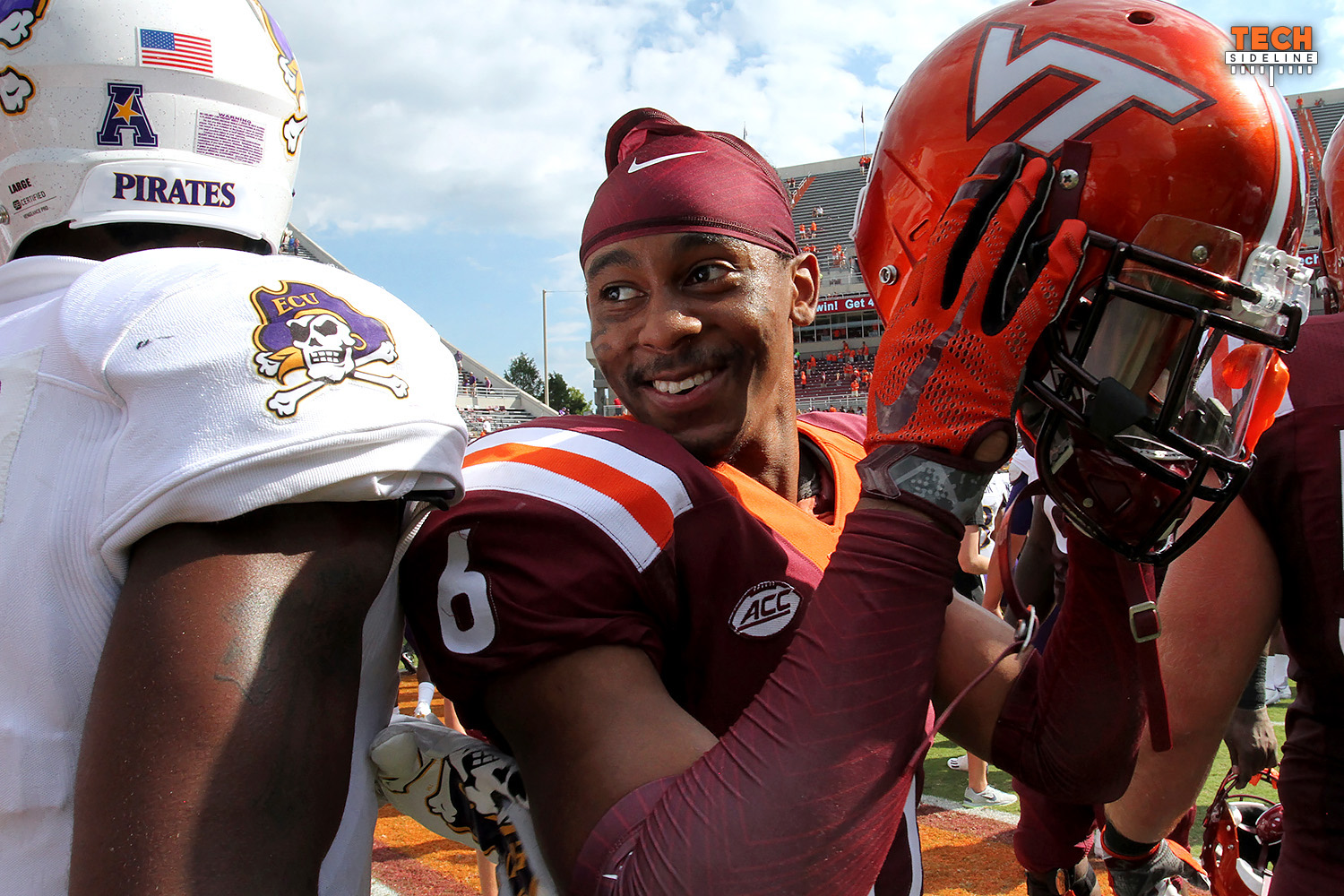 We’re going to talk about a number of things during the bye week.  Since I haven’t had a chance to talk recruiting since before August practice began, I thought I’d hit that topic today and move onto the 2016 football team later in the week.

Virginia Tech has put a heavy emphasis on recruiting the state of North Carolina in the 2017 class, and that will continue in 2018, 2019, and well into the future.

Those three guys committed to the Hokies over the summer.  Deluliis (#6 in NC by 247Sports) and Hooker (#8 in NC) are particularly impressive out-of-state pickups for the Hokies.  Tech is continuing to target other North Carolina prospects, and they might not be done in that state in 2017.

WR Ryan Jones: Jones was a UNC commit at one point, but he is now uncommitted.  He is a top 250 prospect by most recruiting and scouting services.  He is from Mallard Creek High School in Charlotte.  I don’t think it’s likely that the Hokies will pursue him because of the high number of receivers already in the class, but it could be a possibility.

DT Xach Gill: Gill was in Blacksburg for the Boston College game.  He’s a Wake Forest native (the town of Wake Forest is actually east of Durham).  I’d probably consider UNC the favorite, but he’s giving the Hokies a strong look.  He’s rated the #9 prospect in the state by 247.