I’m trying this title out for three reasons:

3.)  My articles tend to be a mixture of things, which is what stew is: a lot of ingredients thrown together. My wife often makes something called Girl Scout Stew, and every time she makes it, I ask her if it’s made out of real Girl Scouts. That joke never gets old. Not to me, anyway.

The Return of Fan Boy

Saturday was a lot of fun, and not just for the obvious reasons. For me personally, it was the first game that I hadn’t sat in the press box since the 2011 season. 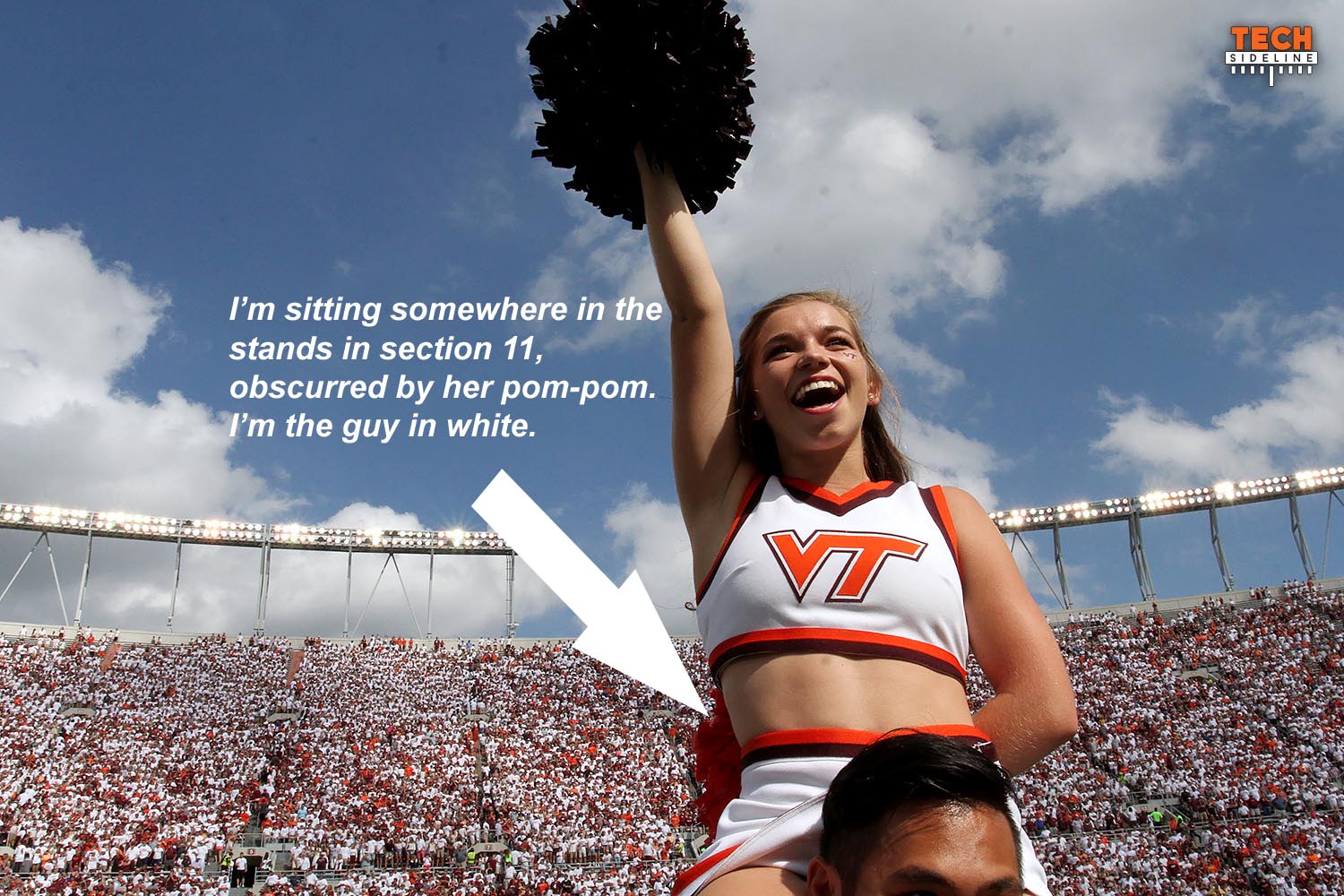 That’s not entirely true … I did sit in the stands for the 2014 beatdown that Miami laid on the Hokies, 30-6 on Thursday, Oct. 23, 2014, a game we had Jacob Emert write up for us from the pressbox. So this was the first Saturday home game that I had attended without sitting in the press box since watching the Hokies beat Boston College 30-14 on October 22, 2011 — a game I don’t recall at all.

Spoiler alert: I have missed going to games as a fan. Shocker, I know. But even before we finally got press access for the 2012 season, it has been “different” being me. The last game