The Virginia Beach, Va. native says that as of now, his decision is a toss up between Tennessee and Virginia Tech. Williams likes Tennessee’s spot on the national stage and the coaches he’s interacted with.

“I really like the fact that they’re in the SEC and the relationship I’ve developed with all of the coaches,” Williams said.

Williams also praised the Hokies, complimenting their emphasis on success in the classroom.

“With them being in-state, that’s huge for me as well,” Williams said. “I could settle down and focus on academics.” 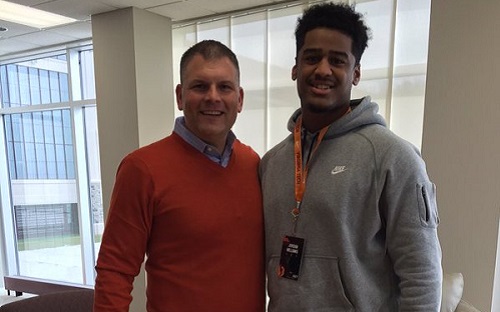 The Hokies’ coaching staff keeps in contact with Williams regularly, talking to him almost daily.

Williams attended Virginia Tech’s satellite camp in Virginia Beach on Tuesday at Kellam High School, and said it was great getting to practice with fellow recruits.