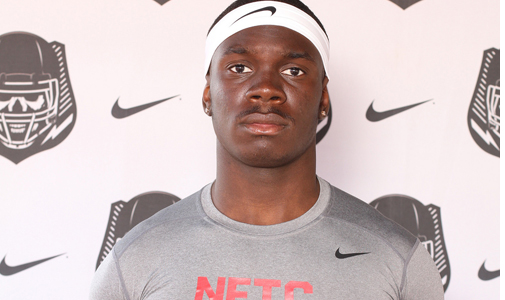 Along with Eric Kumah, Reggie Floyd is the closest thing to a top five in-state recruit that Virginia Tech signed in the 2016 class.  The Stonewall Jackson (Manassas) athlete committed to the Hokies early, and despite this ability as a running back, he plans to play in the secondary upon arrival in Blacksburg.

The majority of Floyd’s highlight tape is at the running back position, so that makes him somewhat difficult to evaluate as a potential safety.  In fact, ESPN lists him as a running back and scouts him at that position accordingly.  I think he has the potential to be a good ACC back, but if he’s equally capable of playing both spots, he’s making the right decision by playing defensive back.  There is less wear and tear at that position, and the chances of having a longer professional career are greater.

Since Floyd projects as a safety rather than a tailback, it’s difficult to get a good scouting report on him at that position based on six minutes of highlights.  I’ll give it a shot though.

Acceleration: Floyd gets up to speed very quickly.  There’s especially evident in his film as a tailback.  He is up to top speed shortly after receiving the handoff.  That will serve him well as a safety also, as he’ll be able to fill the proper lanes against the run very quickly.