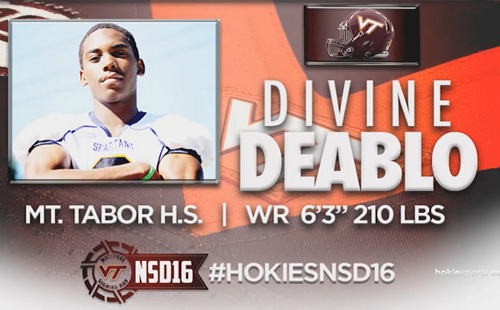 I don’t know that I’ve ever seen such a disparity in rankings before. ESPN has Deablo as one of the top 200 recruits in the country, while 247 and Rivals ranking him as a middle-of-the-road 3-star guy. 247’s ranking is pretty baffling, especially when you compare it to their ranking of Victor Greene, the one-time VT commit who will attend Coastal Carolina.

Greene obviously got his 87 rating simply because he committed to VT and not because he actually deserved it. This is why the ranking system can be flawed, particularly when you get past the top 100-150 recruits in the