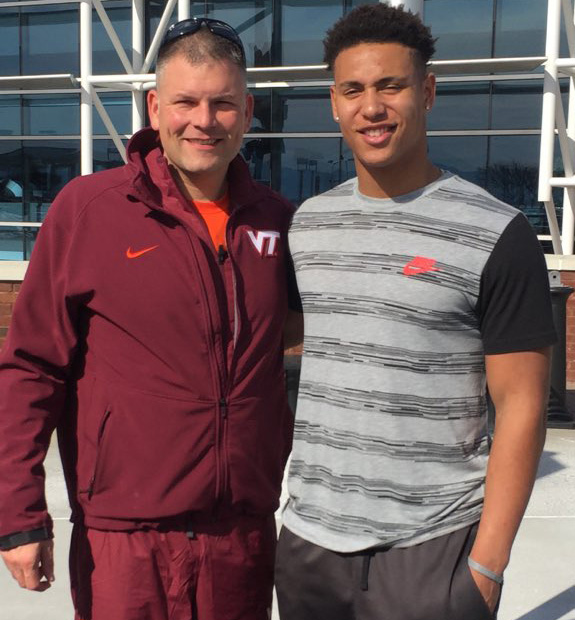 Emmanuel Belmar made 90 tackles with 20 tackles for loss and 10 sacks as a senior in high school. Though he’s listed as a linebacker, and most teams recruited him as such, there’s a chance that he might project better as a defensive end at the next level.

When you don’t know what position a guy is going to play, it’s somewhat hard to get a feel for his strengths and weaknesses. Should I say that size is a strength? It would be if he was a linebacker, but it would not be if he plays defensive end.

Instead, I’ll try to keep it very similar, because I just don’t have a particularly good grasp on Belmar as a prospect.

Burst: Belmar seems to have a good burst off the line of scrimmage, which would be beneficial for both a defensive end and a linebacker.

Playing strength: I think Belmar has the natural strength to play defensive end.

Strong hands: The hand strength seems to be there, but Belmar has to learn how to use his hands properly, and he needs to use them more often. That’s important for defensive ends who need to knock down the hands of offensive linemen to get them off balance.

There are a couple of potential weaknesses as well.

Coverage ability: We don’t know that Belmar can’t cover, but we do know that he isn’t asked to do so at the high school level. If he plays linebacker at Tech, that will be a major adjustment for him.