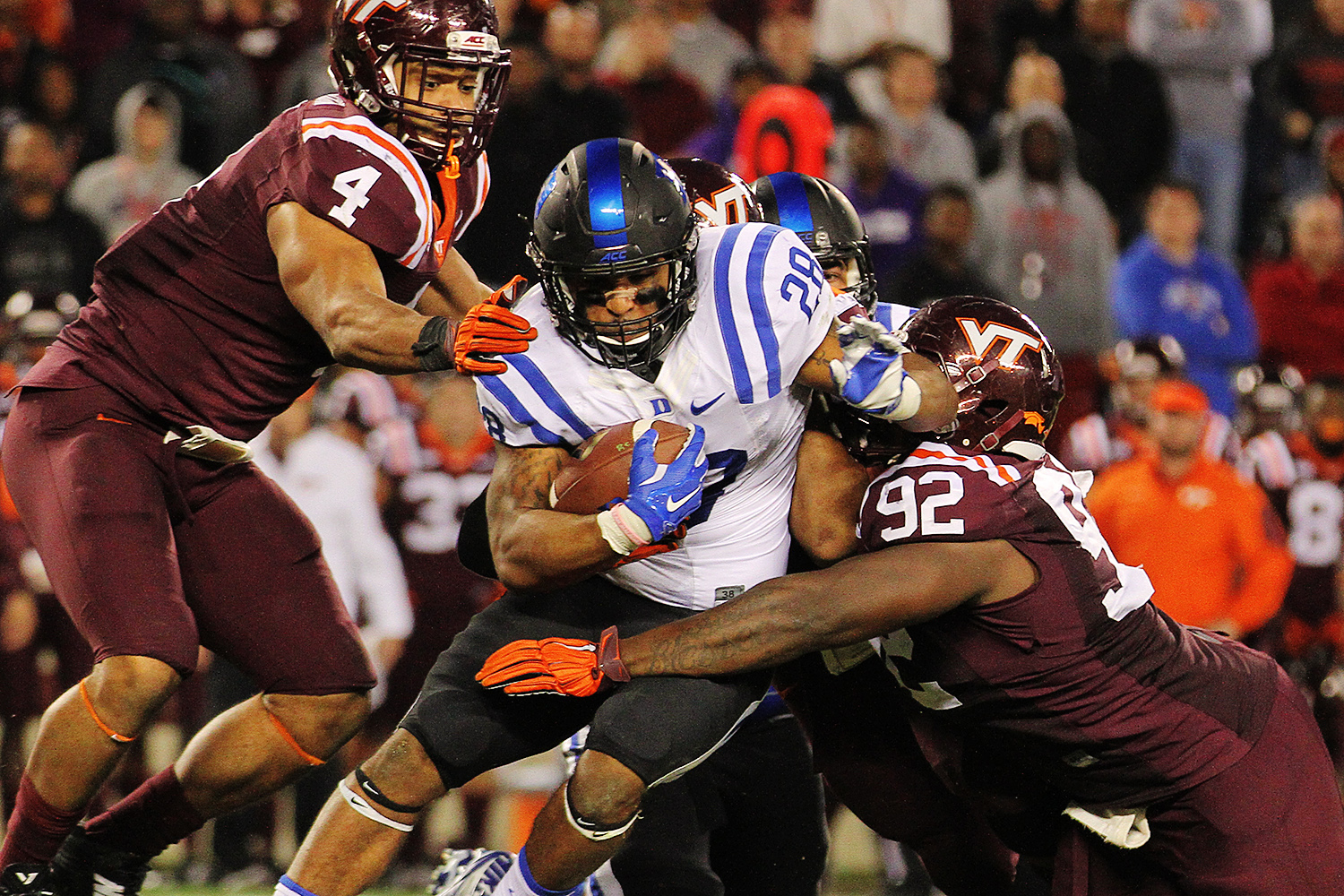 Today we’ll take a closer look at the Hokies using two advanced metrics that can be found on FootballOutsiders.com. The S&P+ and the FEI are two different metrics. Though their rankings can be somewhat different, they usually end up painting the same picture.

Let’s start with the offense.

2013 was the first year of the Scot Loeffler era, and as we’ve documented, he didn’t exactly have the horses over his first two years. This year Tech’s S&P+ offensive ranking is up 21 spots from where it was two years ago.

The FEI ratings are somewhat different. They show the offense taking a dip last year. However, they rank Tech’s 2015 offense at #61 in the country, which is just inside the top half of college football (128 teams overall).

On the whole, Tech’s offense is middle of the pack from an efficiency standpoint. That number would probably be higher if not for two reasons…

1: The Hokies lost their starting quarterback for six games
2: It took the staff half the season to feed Travon McMillian

The offense is coming off their most balanced game (against good competition) of the season, and that is directly related to giving Travon McMillian 29 carries, and Michael Brewer running the passing game. BC and their outstanding defense