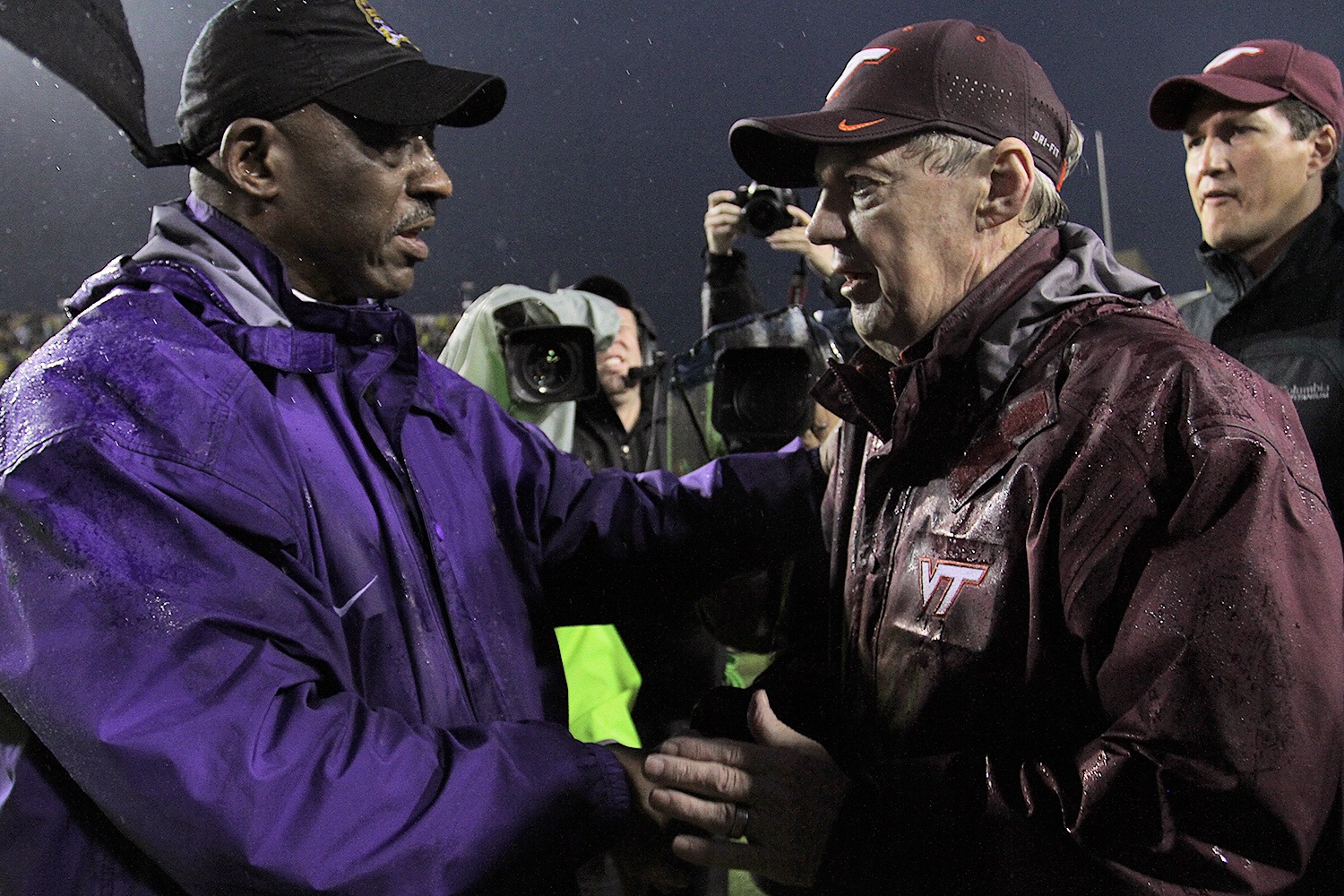 Who you choose to assign blame to for yesterday’s loss to East Carolina depends on what kind of fan you are.  Some choose to blame the officials, and they were horrendous.  Some will go after Bud Foster and Torrian Gray for playing Greg Stroman at boundary corner.  And of course, many will point to the numerous opportunities that the Hokies missed throughout the course of the game.

Or, you could take the easy way out and blame this idiot on Twitter for tweeting this after the Mook Reynolds fumble recovery.

ECU is about to get their butts handed to them

At that point, the Hokies were rolling.  They were physically whipping ECU in all phases, and the Pirates didn’t have an answer.  That tweet was probably the ultimate jinx.

In all seriousness, the real answer is, of course, that the loss was caused by a combination of all those things mentioned in the first paragraph.

Let’s quickly address the officiating first.  The phantom pass interference on Chuck Clark was one of the worst I’ve ever seen.  The targeting call on Sean Huelskamp was terrible, especially after this