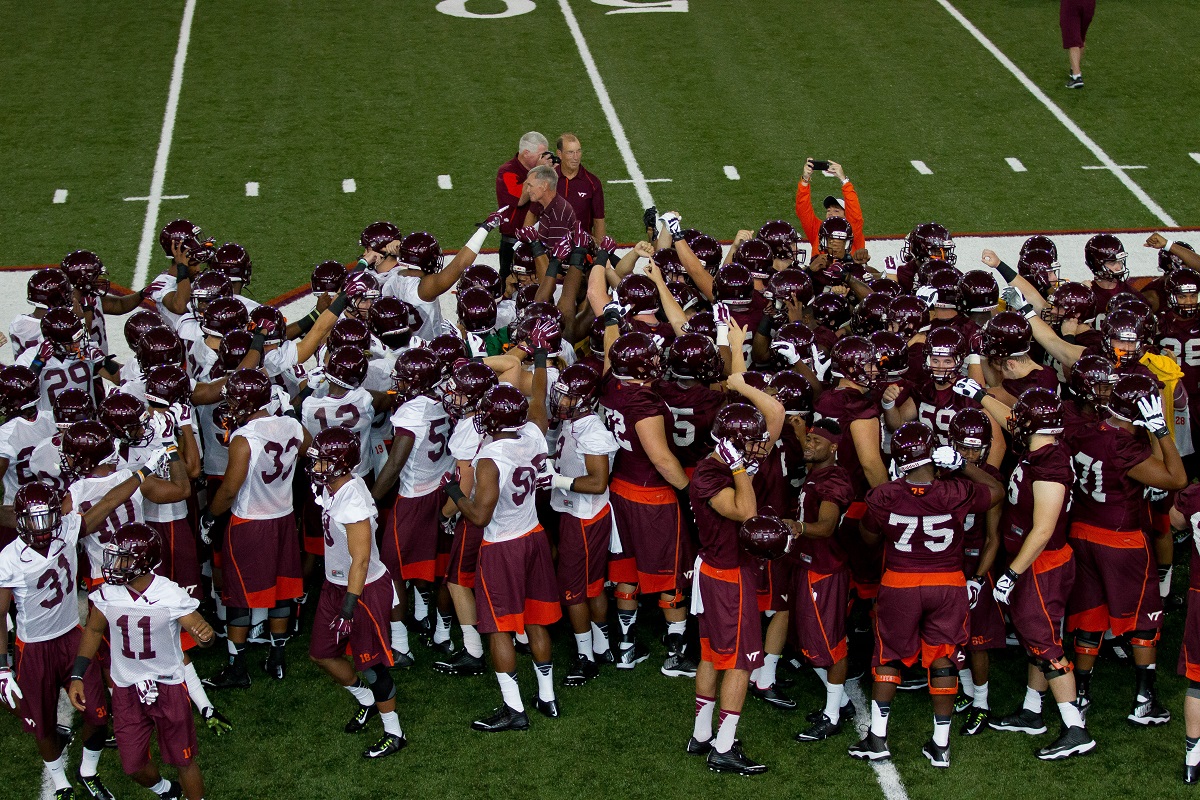 Yesterday we got our first (and only) brief glimpse of the team during the preseason.  We were able to watch stretching and only a couple of individual drills, so there’s not much to go on.  Still, this should wet your whistle until we begin position previews this week.

In the past, Tech’s backer has always been aligned to the short side of the field, the whip has always been on the wide side, and the mike has always been in the middle.  The new depth chart seems to indicate that will change this season.  But will it?

I sort of have my doubts.  Bud Foster was still talking about Ronny Vandyke and Anthony Shegog playing the “whip” spot, and I didn’t see anything in our extremely brief look at practice that would make me believe the scheme has changed.  In fact, Foster made a point to say that the Hokies run more of a 4-2-5 scheme than a traditional 4-3 scheme.

So why the change on the depth chart?  I can think of