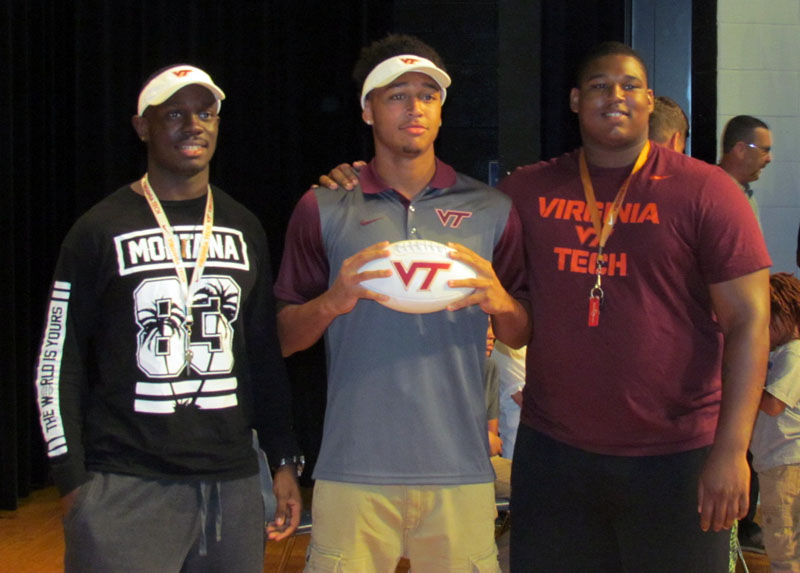 Virginia Tech is poised to sign a very large wide receiver class this year, and a very good one as well. Tech already has two WR commits (or three, depending on who you ask), and I think this will end up being a 4-5 WR class.

Conner O’Donnell was the first wide receiver commit in this class. However, Rivals hasn’t listed him as a VT commit in months, and while 247Sports still considers him a Hokie, VTScoop.com doesn’t appear to list him on their Big Board. We’ll continue to list him as a commit, but I’ll tell you that personally I don’t believe he’ll end up at Virginia Tech. We shall see. Until I feel otherwise, I’m not going to discuss O’Donnell in articles. If he ends up at Tech, great. If not, that’s okay.

First off, let’s look at the scholarship receivers who are eligible to return in 2016. We’ll include all the years they’ll be eligible. I’ll include Bucky Hodges as a wide receiver for now, since he was much more WR than TE this past season. That could change in the future, however.

On paper, that looks like plenty of guys. However, consider that Charley Meyer and David Prince couldn’t contribute in 2015 despite the depth issues at wide receiver, the fact that Jaylen Bradshaw and Coleman Fox have yet to play a down of college football, and the possibility that Bucky Hodges could be more