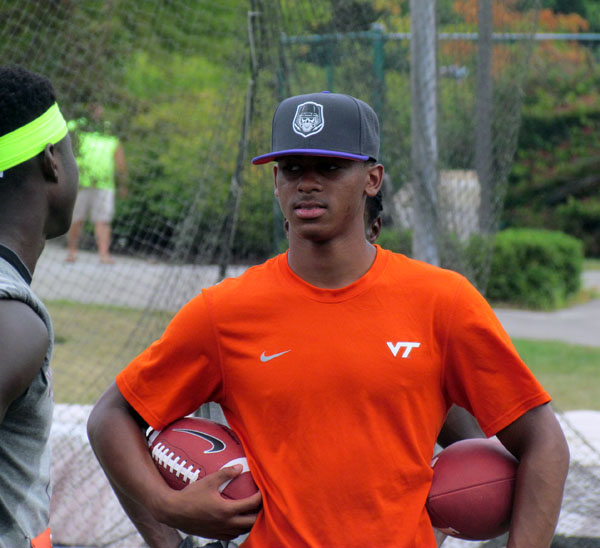 Our final scouting report of the 2015 class takes a closer look at cornerback Mook Reynolds, who is currently enrolled and going through spring practice.

It’s interesting to see that ESPN considers North Carolina’s 2015 class to be so strong.  Mook Reynolds is only rated the #17 player in the state, but that’s good enough for 4-star status in their eyes.

Also note that ESPN lists him as an athlete rather than a cornerback.  That’s because he didn’t spend any time playing cornerback last season.  Offensively, he was a big time wide receiver.  Defensively, he played outside linebacker, safety, nickel, etc.  Basically he was used all season as Kyle Fuller was used for the Hokies in the 2013 Georgia Tech game.  He lined up all over the field and made a ton of plays.

Mook has cornerback skills, but right now he lacks experience at the position simply because he didn’t play it last year.  In the Tech defensive scheme, he’s used to playing a position most similar to the nickel spot, which is where he’s getting work this spring.  That’s a great move by the coaching staff.  Here’s his senior film…

That’s pretty impressive, isn’t it?  Here are some things that stand out to me…

Overall athleticism: I could talk about his speed and how fluid he is in the open field, or even his acceleration.  Instead, I’ll just lump