(Terminology and diagrams provided by Kris Wright of TheSabre.com; text by Will Stewart)

A quick analysis of Jalen Hudson‘s game winner against Wake Forest shows what a good play designer Buzz Williams is, and how many options the Hokies had on the final play.

The play is a sideline inbounds that starts with a “zipper screen” to free Devin Wilson for the inbounds pass. The Hokies set two down screens on the play, with a zipper — Wilson — moving away from the basket vertically. 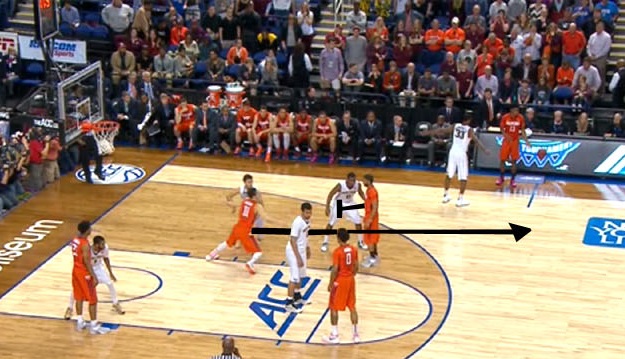 Wake does not switch on the inbounds, and Wilson receives the pass easily and sets the play.

The next phase of the play is a triple screen for Hudson, set by Shane Henry (0), Adam Smith (3), and Ahmed Hill (13), the inbounder on the play. 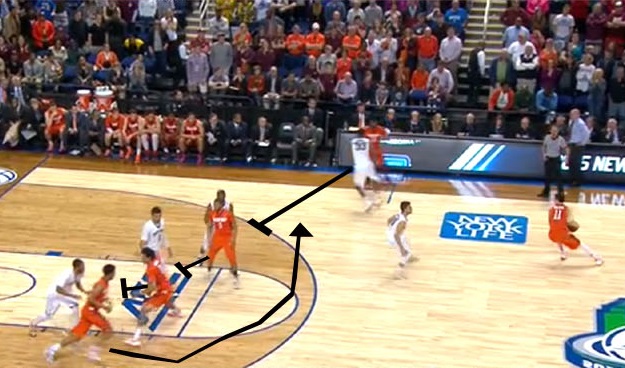 Hudson is all the way down on the block, and he comes from near the baseline and runs past the three screens by Henry, Smith, and Hill. 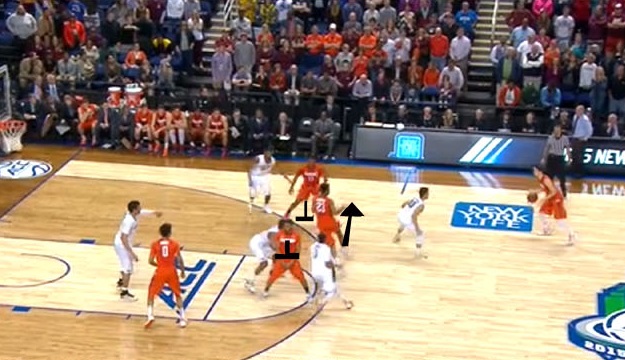