OXVT did some infographics recently that piqued my interest. Virginia Tech’s defense has obviously been better than their offense in recent years. However, the numbers say that VT’s offense is very close to middle-of-the-pack in the ACC, and that offenses in this league have historically lagged behind the defenses.

Today we’ll focus on those numbers, and take a closer look at head coach salaries in the ACC for the 2015 season.

Have a look at OXVT’s info graphic.  Click for a larger image. 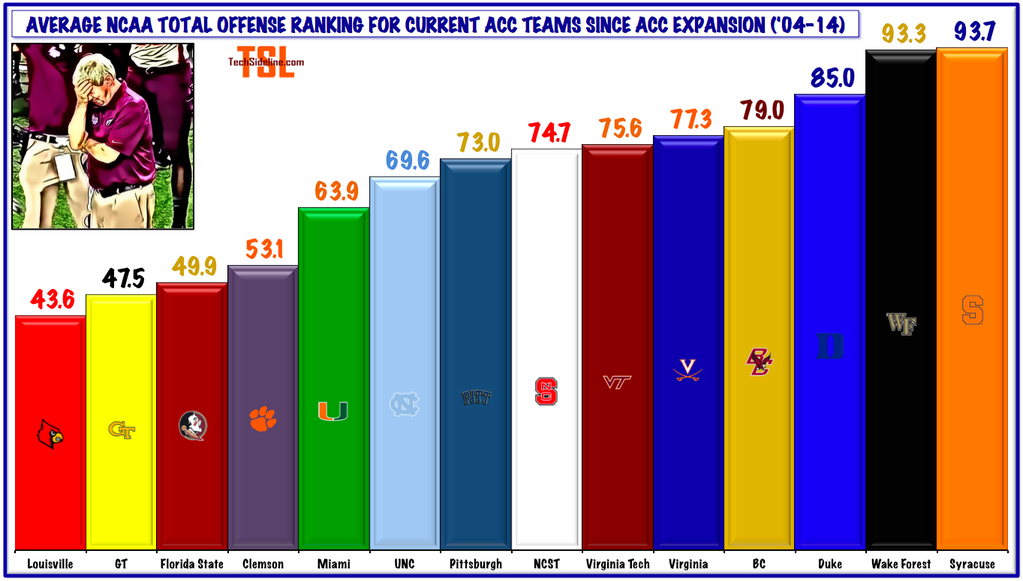 Virginia Tech’s offense, while bad, has been #9 in the conference since ACC expansion. That’s with an asterisk, as Louisville is technically #1, though they have only been in the conference for a year. If you take out the recently added teams (and B1G defector Maryland), here’s how it looks:

While Virginia Tech has obviously been near the bottom, their average rank of #75.6 is barely behind NC State, whose average rank is #74.7. In other words, the Hokies are very, very close to being the sixth-best offensive team in the ACC since expansion back in 2004. Tech is pretty much a middle-of-the-pack offensive team in this league, historically speaking.

What does that say