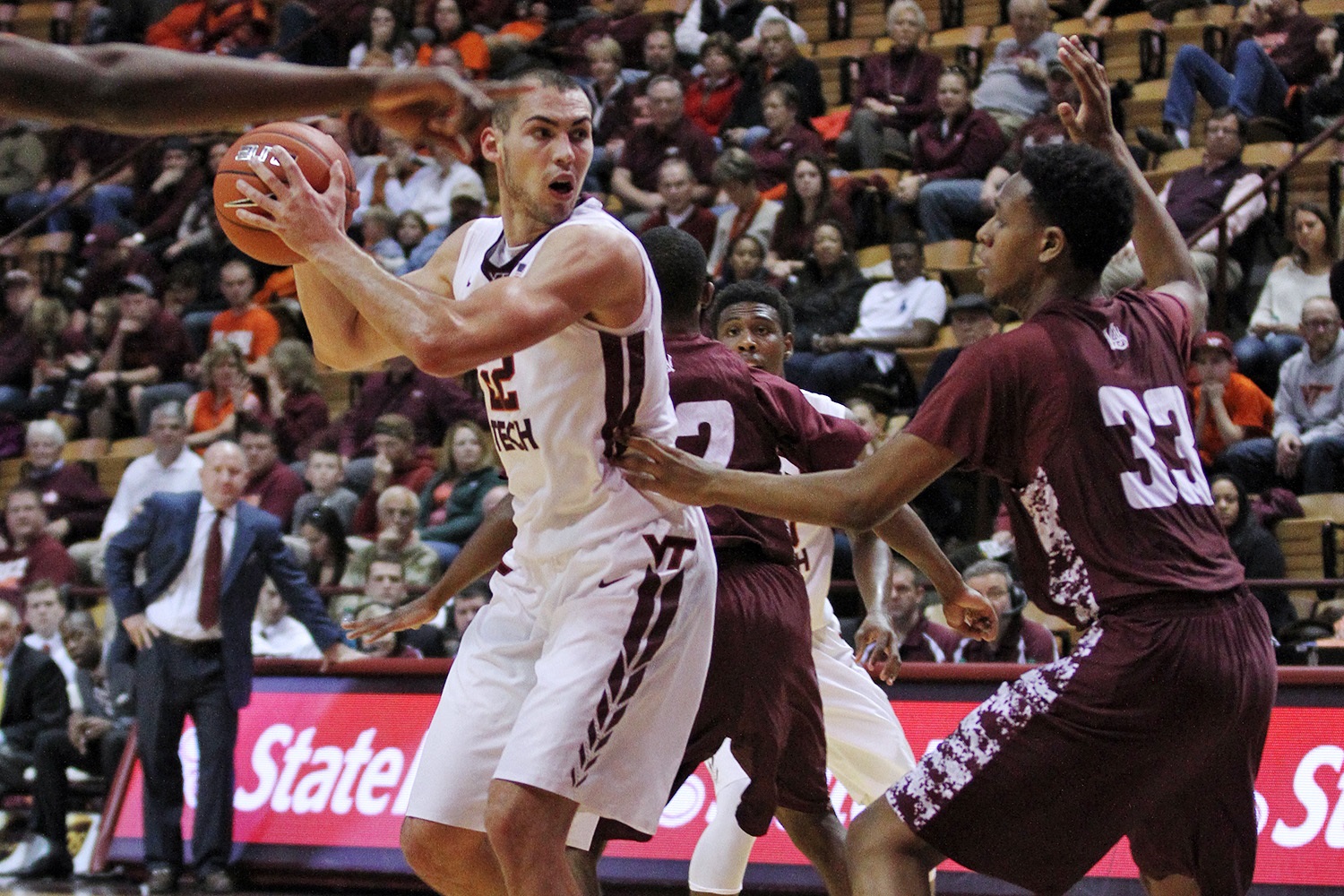 A case for Christian Beyer

“I pride myself on rebounding,” Christian Beyer told the media after his 13-point, nine rebound effort against Alabama A&M.

I’ve always thought that Beyer was our best overall rebounder in recent years, and the numbers come close to backing that up, as we’ll see later. First, let’s take a look at the rebounding numbers of the 2014-15 Hokies.

It’s hard to believe that there are nearly 100 teams that are worse than Tech in rebounding. Yesterday, Alabama A&M missed 34 field goal attempts, yet the Hokies only had 16 defensive rebounds. Let that one sink in.

To me, Christian Beyer is the best rebounder on Tech’s team. He’s played enough in his career that I don’t consider his numbers to be a small sample size. Here are those numbers, compared to Joey van Zegeren, as well as some of Tech’s most recent bigs.