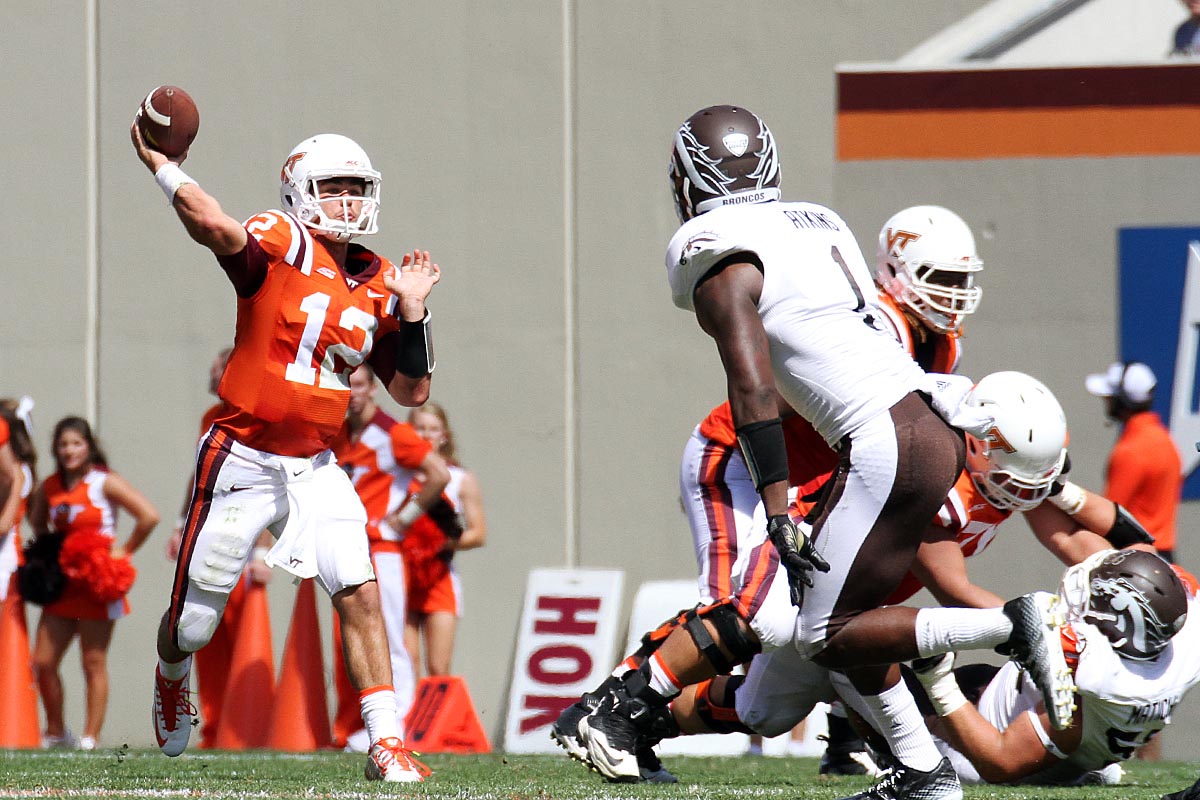 Virginia Tech is currently #11 in the country in third down conversions. Michael Brewer has a lot to do with that. The Hokies got off to a tough start on third downs against Western Michigan (4-of-9 in the first half), but they rallied to go 10-of-18. Brewer’s performance on third down on Tech’s scoring drives was absolutely critical.

First, let’s look at the plays he made on scoring drive #2, which resulted in a 29-yard touchdown pass to Bucky Hodges. The Hokies faced three third down situations on that drive, and he converted all of them.

None of those were third and shorts. They were all third and medium to third and long.

On Virginia Tech’s first touchdown drive of the second half, the Hokies only threw one pass. However, it was on third down and resulted in a touchdown strike to Isaiah Ford. Brewer also converted a third down with his legs on that drive.