Bud Foster lost starting linebackers Jack Tyler and Tariq Edwards, but he still feels confident in this year’s group. And why shouldn’t he? When is the last time the Hokies didn’t have decent linebacker play?

There have only been a couple of times over the last decade where I can remember Tech’s linebackers not being up to snuff. Jake Johnson struggled back in 2009, and Lyndell Gibson wasn’t good in 2010, but other than that Bud Foster has managed to get solid, consistent performances out of his group, particularly at the mike spot. 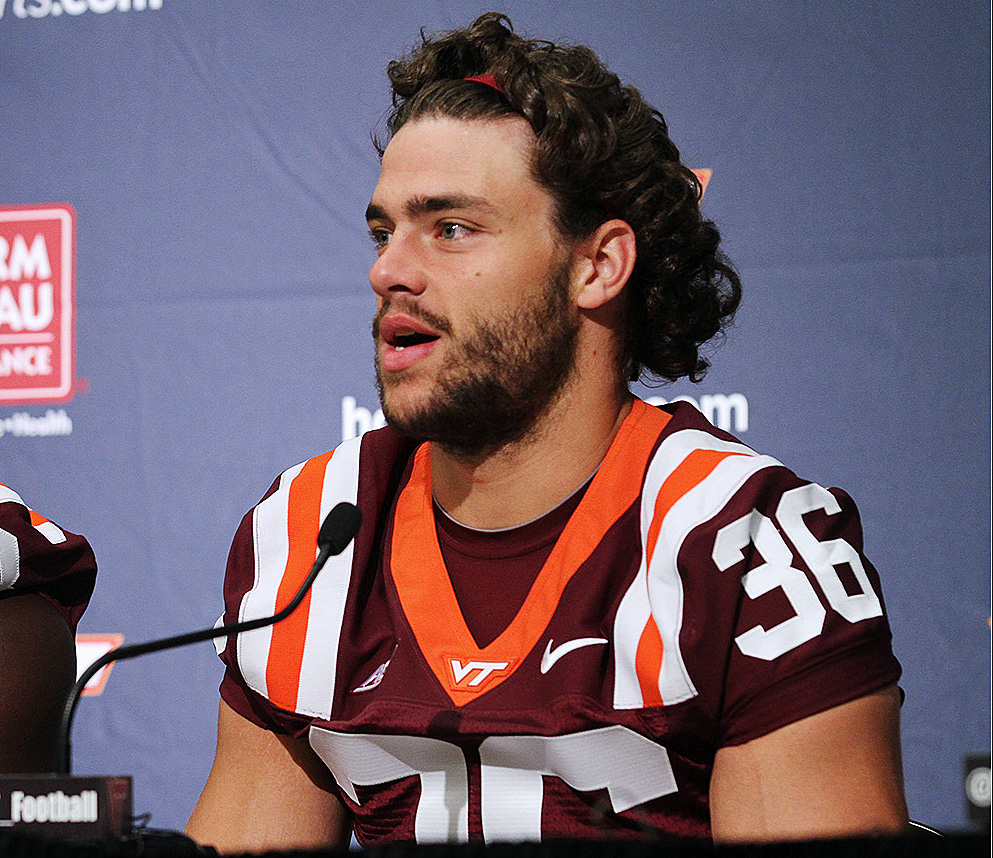 When is the last time the Hokies didn’t have a good mike? Here’s the list of mikes of the ACC era:

That’s a pretty good group of players. I’d take any one of those guys and feel good about it. Tech will have to break in a new mike this year, and they will have a fifth year senior to fill the role. There is also some talent behind him.

Chase Williams (#36, 6-2, 215, r-Sr.) has certainly waited his turn. When he enrolled for spring practice in 2010, I thought he was the best true freshman linebacker that I had seen at Tech, but the injury bug took him out of the running for playing time in those first couple of seasons. After that, he was shuffled back and forth between mike and backer and played behind excellent players such as Jack Tyler, Bruce Taylor and Tariq Edwards. Williams is now at his natural position of mike, and he certainly has the experience as a college football player. He did make one start back in 2012, and I think Bud Foster is confident that he will have a good senior season.

Andrew Motuapuaka (#54, 6-0, 231, r-Fr.) is behind Williams on the depth chart. He has dropped weight since the spring, and his performance thus far in the month of August has Bud Foster excited about his future. He displayed very instinctive linebacker skills at Salem High School, and he was at the top of Tech’s board throughout the recruiting process. He is the type of player who could turn into a three-year starter for the Hokies.

Sean Huelskamp (#56, 6-1, 216, r-Fr.) is another talented walk-on linebacker from Northern Virginia, following in the footsteps of Cody Grimm and Jack Tyler. As a senior at Chantilly High School he had 140 tackles, nearly 40 tackles for loss, and 600 receiving yards. He had a big Spring Game back in April, and Bud Foster thinks he can develop into a good player. Look for him on the field in a special teams role this fall.

Devin Vandyke (#44, 6-1, 227, r-So.) tore his ACL in the second game of last season, and somehow suffered a stress fracture in his shin while recovering. He isn’t practicing, and he could be out for at least five more weeks. He looked very promising in the scrimmages leading up to the 2013 season, but his injuries have been a severe setback. He still has the talent, but he must stay healthy after he gets over his stress fracture. He can’t afford any more setbacks.

I think Bud Foster feels good about this group. He has confidence in Chase Williams, and I think he would feel okay if he had to play Andrew Motuapuaka as well. 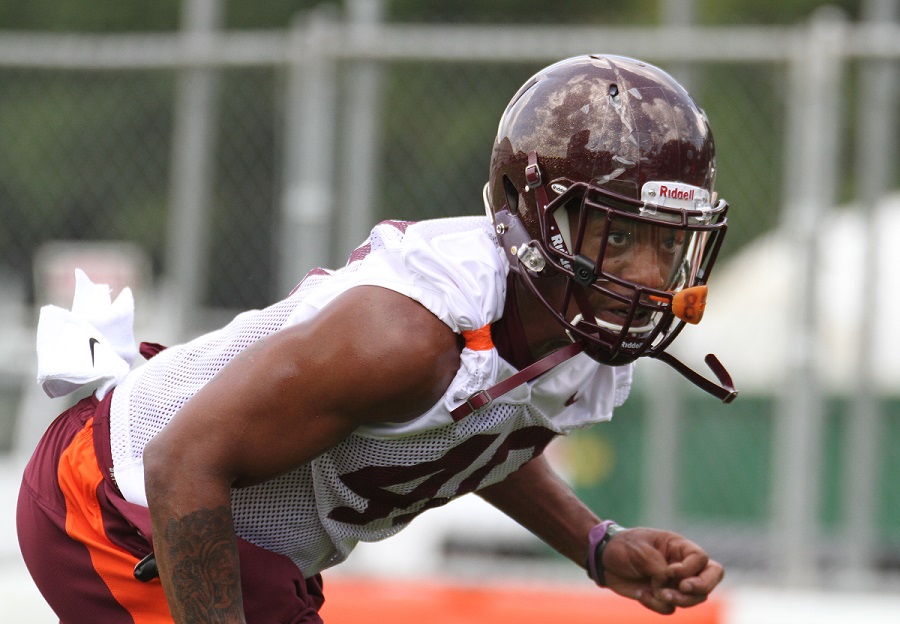