Aaron Moorehead is looking for players who will separate themselves during the next couple of weeks. He has multiple options at wide receiver, but only one player whom he considers a set-in-stone starter.

Despite the question marks surrounding the depth chart, the Hokies do have a lot of experience returning at wide receiver. The following players have seen game action in their careers:

That’s six guys with meaningful snaps, and there are also a few younger players who could press for playing time. I have every confidence in the ability of Scot Loeffler and Aaron Moorehead to design an effective passing game, so I think this will develop into a productive group. However, will anyone turn into the big play threat that the team lacked last season?

Aaron Moorehead is hoping to find six guys who are capable of playing well this season. One of his top players from last year (Knowles) is banged up right now, which is giving some reps to some of the younger players. 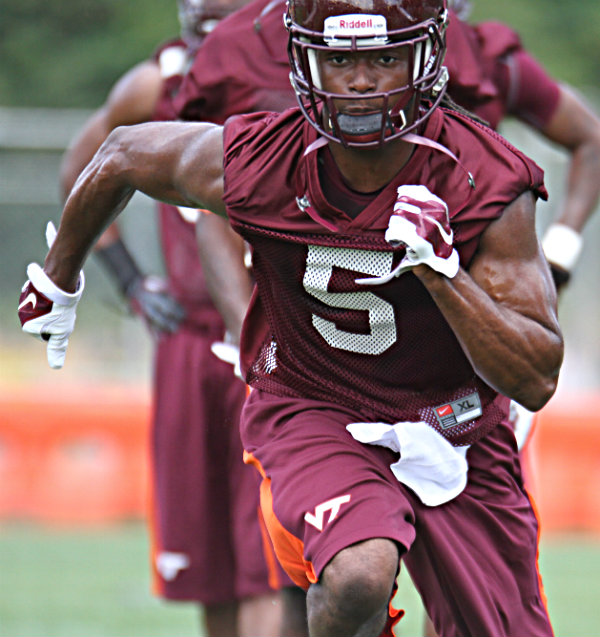 Joshua Stanford had an impressive season for a r-freshman, snagging 40 passes for 640 yards and a touchdown. He has solid size and strength, and he has displayed the