Virginia Tech (and every other Coastal Division team) has a lot of question marks heading into the 2014 season. In a series of articles, we’ll try to identify the biggest question marks, and give you an idea of what has to happen for each question to be answered in a positive manner.

The Hokies had trouble finishing drives last season. Today we’ll point out two pieces of data that show exactly how bad VT was in 2013 when it came to finishing drives. First, we’ll examine Tech’s touchdown percentage when starting a drive in their opponent’s territory, and how that compared to the rest of the schools in the ACC. 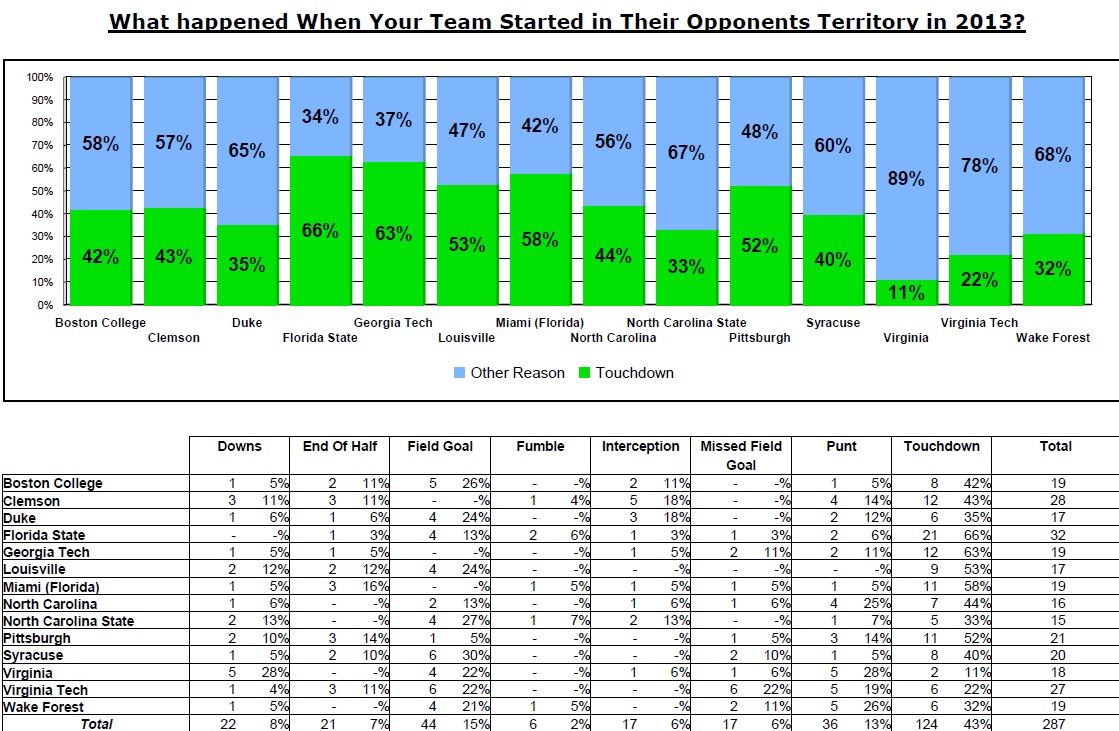 When starting a drive on the good side of the 50, the Hokies scored a touchdown just 22% of time. That was second worst in the ACC, ahead of only UVA and the putrid Hoo offense.

Take a look at the far right column in the second graph. The Hokies started 27 drives in their opponent’s territory last season, which ranked third in the ACC. That’s 27 great opportunities to put points on the board, and as you can see from that graph, Tech failed to score any points at all 15 of those 27 times. That was for a variety of