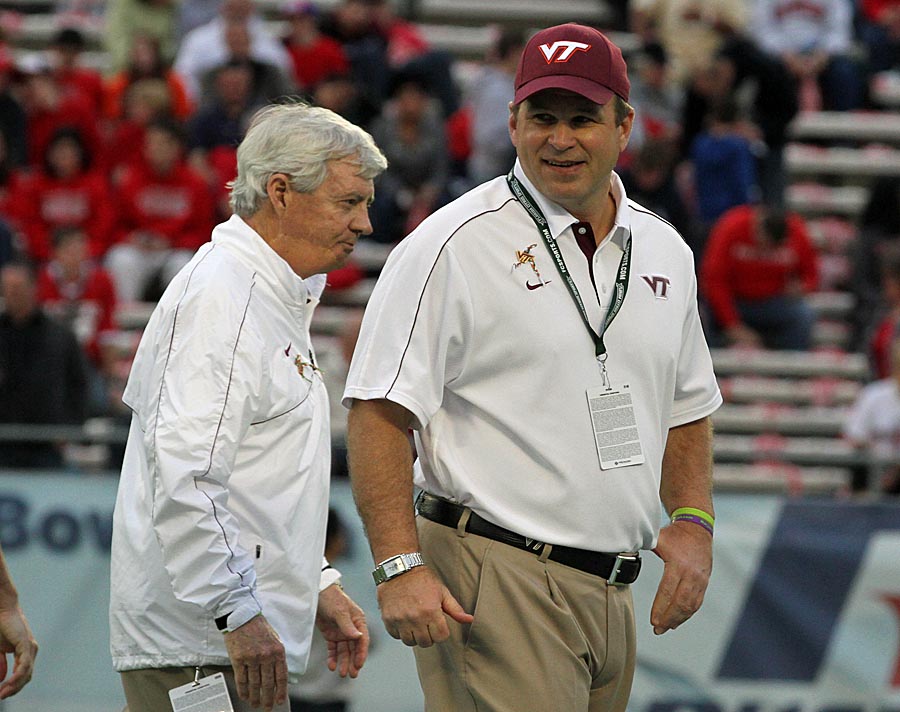 It’s time to carve out a little time to praise Bryan Stinespring. I know some of you will probably just skip this section, and you are free to do so, but I think Stiney is having a pretty good year on the whole.

Stiney making an impact in the 757

As you know, Stinespring was moved to the position of recruiting coordinator when Scot Loeffler took over the offensive reins. It’s a move that should have happened much sooner, because Stinespring is much better suited for that role. The Hokies also put Stiney back into the 757, specifically Virginia Beach/Chesapeake, which had drifted far away from the Tech camp with Curt Newsome recruiting the area. It takes time to right something that took multiple years to break, but Stinespring is slowly but surely getting the Hokies back involved in the 757.

Last year Stinespring signed Xavier Burke and Jaylen Bradshaw out of the 757. So far this year, he has commitments from Trevon Hill and Deshawn McClease, two of the top players from the area. He (along with help from J.C. Coleman, an Oscar Smith alum who signed with Tech in 2012) has gotten Tech back into Oscar Smith High School. Jaylen Bradshaw is an OS alum, and McClease plays for them as well. That’s a very important school in the 757, and it was obviously Stinespring’s first target when he was moved back to the beach. That was a smart move, I think.

Hill and McClease were impressive pulls for Stinespring for two different reasons.

Trevon Hill: The defensive end picked Tech over UNC, and Clemson offered him as well. I have a sneaky