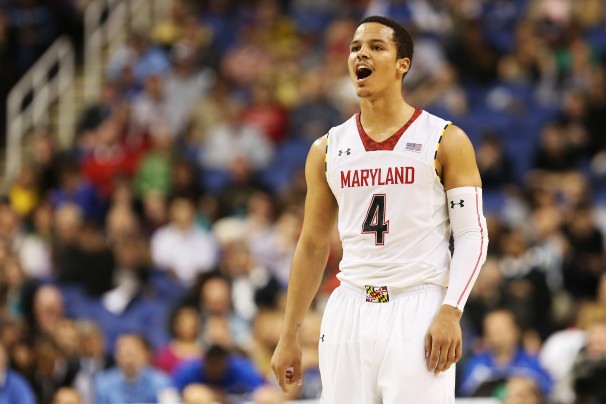 Buzz Williams made a big splash over the weekend by securing the commitment of transferring Maryland point guard Seth Allen.  Allen chose the Hokies over UVA and NC State.

What exactly are the Hokies getting with Seth Allen?  They are getting a starting caliber ACC point guard who can shoot the ball with range.  Here’s how he performed in ACC play this year, in points scored and three-point shooting:

Allen missed the beginning of the season with an injury, and only played in the final 20 games for the Terps.  He started off a bit slow, but as he got himself back into basketball shape and got into a rhythm, he finished the year on a high note, particularly for a sophomore.  He averaged 17 points over his last nine games of the season, and 17.6 points over his final five games.  Allen can be a streaky three-point shooter, but when he’s on he is capable of lighting it up.

It’s important to remember that Allen was only a sophomore this past season.  As a freshman in the ACC, he averaged 7.8 points per game and played a lot of minutes.  As a sophomore, those numbers went up to 13.4 points while playing 29.7 minutes per contest.  He improved, and we can reasonably expect him to keep improving.  Allen will sit out the 2014-15 season, and the Hokies will then have him as a fourth-year junior and a fifth-year senior.

Allen is from Fredericksburg, VA, so he brings some much-needed