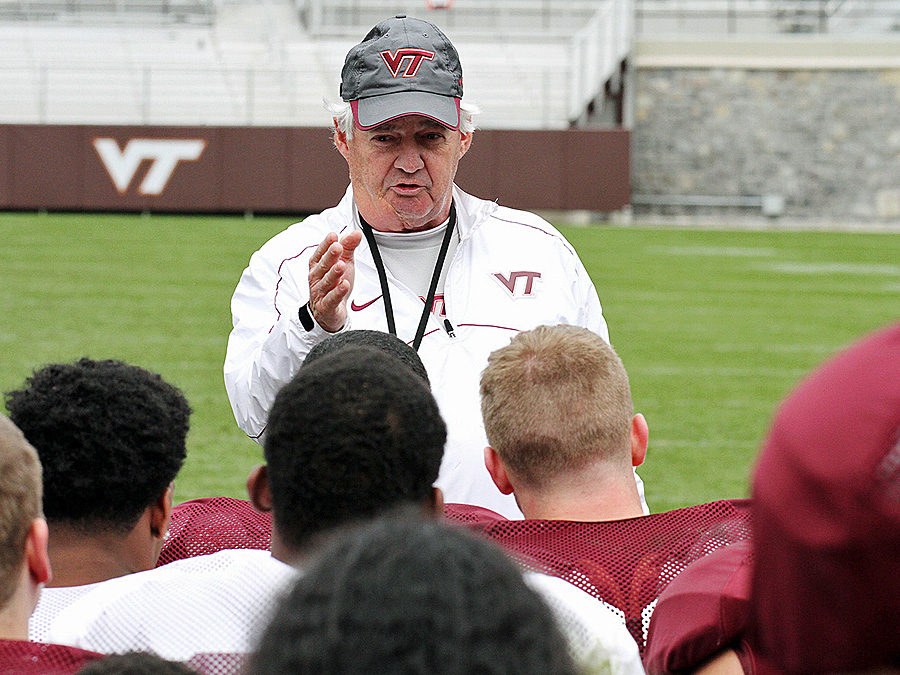 Creating a competition between the offense and defense

Scot Loeffler said the offense took two steps back in Saturday’s scrimmage. I’m inclined to agree. The scrimmage was a reminder, once again, that consistency on offense all comes down to offensive line play. On Saturday, the Tech offense didn’t even meet the standards of inconsistent status. Instead, they were just bad on every single play.

I didn’t notice a bunch of bad reads by the quarterbacks. I thought the running backs ran hard, but in general they were nailed by multiple defenders before they reached the line of scrimmage. For example, Marshawn Williams went from 13 carries for 66 yards last week to nine carries for one yard this past Saturday.

A mix of true freshmen, walk-ons, injured players, and players playing out of position severely limited how well the offensive line was capable of playing. When you lack depth (and talent in a couple of spots), an injury or two can really throw your whole line “outta whack.”

That said, Scot Loeffler was right. I didn’t notice the same fire and intensity out of the offense that I had seen earlier this spring, particularly in the April 12 scrimmage. When they got punched in the chin, they didn’t hit back. They just took the fall. They did not respond well. Scot Loeffler let them know about it after the scrimmage. And so did Frank Beamer. Beamer’s post-scrimmage talk to the team is available to watch on BeamerBall.com. I’ll post only an exert of the speech here, but it was clear from watching the whole video that Frank was steamed.

In other words, Beamer told them that the time for excuses were over, and that it’s time for the offense to start pulling its weight. While the comments were technically directed at the entire team, it’s pretty obviously who they were actually intended for.

Frank’s post-scrimmage speech is a big change from his post-game speech following the Pitt loss in 2012. Following that game, in which the Hokies didn’t play hard or with any fire or intensity, Beamer took the nice guy approach and told the team that he thought they tried hard, he thought some things just didn’t go their way, etc. In other words, he coddled them when they really needed to be challenged.

Scot Loeffler has always challenged the offense. He’s always coached with intensity. However, I think it’s important that they hear it from the head man too, and they finally did on Saturday. Frank was clearly pissed, for lack of a better word.

It’s important for the offense to be challenged. They need to feel 100% as important as the defense. I’m not sure that’s always