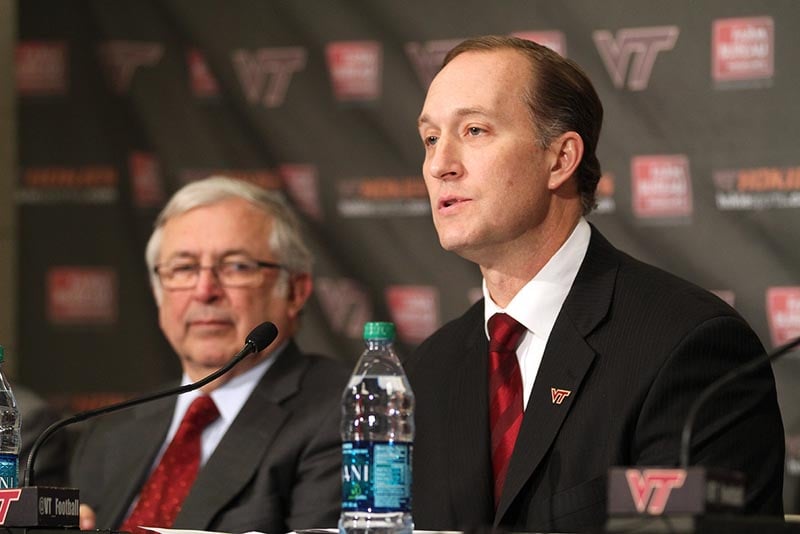 I don’t think it was a difficult business decision for Whit Babcock to fire James Johnson.  The Hokies finished in last place in the ACC  two years in a row, and actually got worse from year one to year two.  Babcock’s most difficult decision will come over the next several weeks: who will replace Johnson as Tech’s head coach?

As of right now, Auburn is the only other program from a power conference to fire their coach, though you can expect more jobs to come available in the next few days.  Possibilities include Wake Forest, Boston College, DePaul, Oregon State, and perhaps a few others.  Alabama announced that they are retaining Anthony Grant, so that is one less school the Hokies will have to compete with on the market.

None of us know who Whit Babcock will hire.  You will hear a number of different names throughout the process, and we’ll go through many twists and turns.  Today I’m going to give you some names that you might hear over the next several weeks.

First of all, I don’t consider Gregg Marshall or Shaka Smart to be viable candidates.  Those guys have proven enough that they can sit back and wait for an opening at a major basketball school such as UNC, Duke, Kentucky, etc.  Either one of them would do a fine job, but at this point both guys are likely aiming higher.  You might hear their names mentioned, but it’s highly unlikely that either guy ends up at Virginia Tech.

I heard within a week after Babcock started at Virginia Tech that he had already put out feelers to agents through back channels, so he already had a list of guys in mind when he arrived in Blacksburg.  I don’t know for a fact that anybody on the list below is a serious candidate for the VT job, but I do think there’s a chance that you’ll read their names in various articles connecting them to the VT job over the next several weeks.

Each coaches’ name is a link to more information.

I heard over the weekend that VT had been in contact with Tyndall’s agency, so I guess that would qualify him