Virginia Tech needs more production from the tailback position in 2014 if they hope to field a successful offense.  Today we’ll take a look at Shane Beamer’s returning personnel in the offensive backfield.

Tech’s production from the running back position hasn’t been impressive the last two seasons.

Shane Beamer couldn’t settle on a tailback in 2012.  It’s easy to blame him for that, and even he admits that he needed to do a better job.  However, when none of your players are standing out above the others, it’s difficult to make a decision.

In 2013, J.C. Coleman was injured to begin the season, Trey Edmunds wasn’t 100% for several midseason games because of a hip pointer, and Beamer attempted to use guys like Chris Mangus and Joel Caleb in “specialty” roles.  By the Sun Bowl, with Edmunds out with a broken leg, backup fullback Jerome Wright was elevated up the depth chart ahead of guys like Mangus and Caleb.

Just like the last two seasons, the Hokies will enter the spring in a state of flux in the backfield.  We’ll take a look at their returning personnel, and talk about some things that I believe could make the running back position more successful next year. 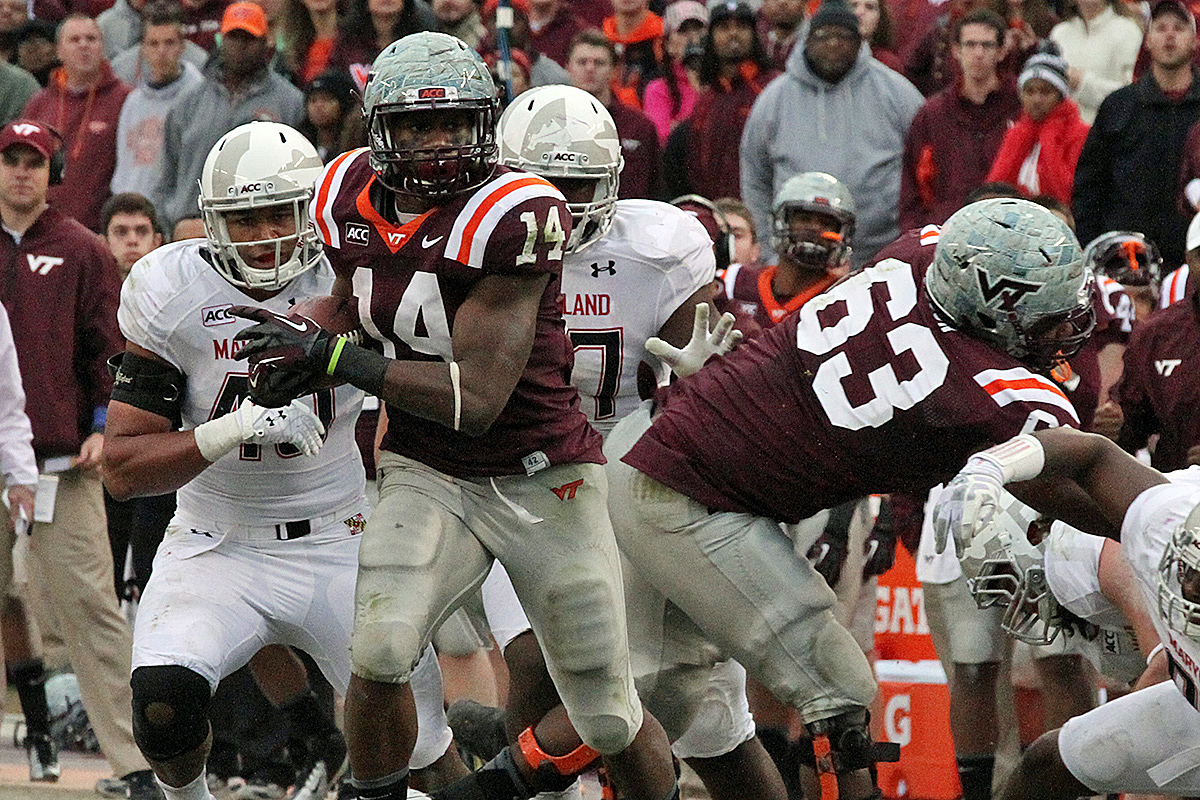 The Loss of Edmunds

Trey Edmunds (r-So.) will miss the spring as he continues to rehab his broken tibia.  He should be able to return to full strength