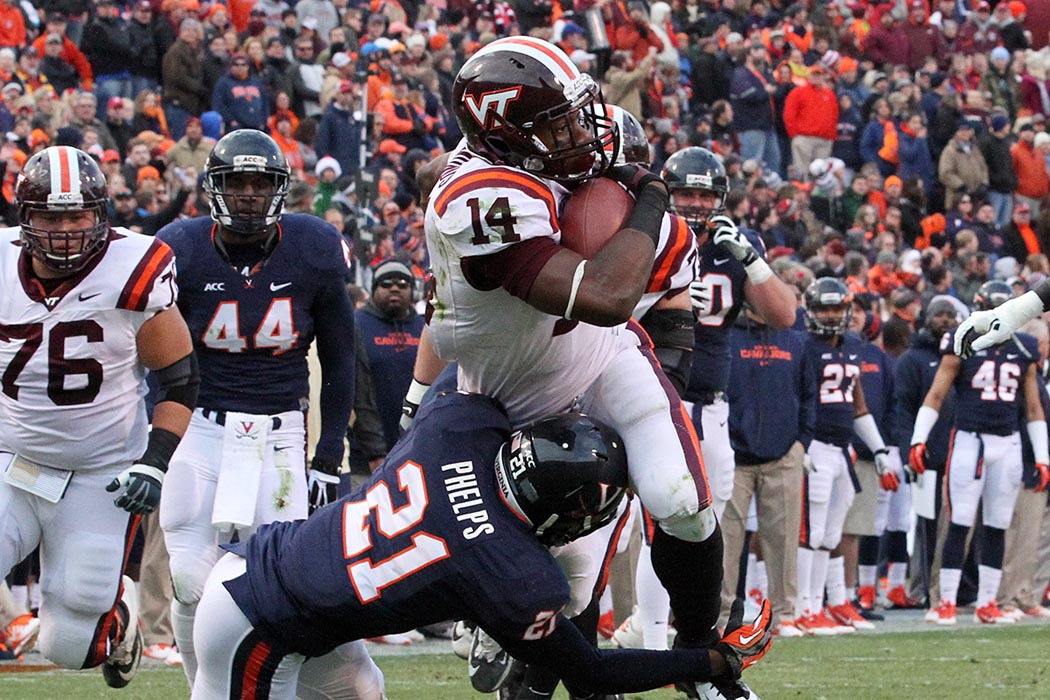 Are the Hokies trying to load up on tailbacks in the 2014 class?  Perhaps.  First, let’s take a look at the running backs that are already in the program, or who will be enrolling in January.  I’m updated their years to reflect next year’s 2014 season…

Edmunds established himself as easily the best back on the team this past season.  J.C. Coleman did not appear explosive, and did not display the ability to break tackles in his 83 touches.  His longest gain for the entire season was only 13 yards.  As a comparison, Edmunds had three plays go for 26 yards or longer in one game against UVA.

Despite the struggles of Coleman, he was never beaten out by #3 back Chris Mangus, who in turn is still listed ahead of #4 back Joel Caleb on the depth chart.  Once Coleman returned from his injury, Shane Beamer stuck with his Edmunds-Coleman rotation, though the Hokies did get Mangus and Caleb a few reps in the passing game from time to time.

In spite of the differences in production, Edmunds and Coleman basically got equal touches down the stretch.