I watched the game Monday and took notes and thought about the things I wanted to write about. It was a tough game to watch, not particularly well played and at times poorly coached, but despite all that, it did have its interesting moments.

As I pondered all this, I received one of the many emails I get every day from Fletcher Bryant. Some of you probably know Fletcher; he’s a long-time Hokie in the insurance business in Virginia Beach. Like many people, Fletcher put me on his mass email list consisting of family and friends that he forwards funny and interesting emails to all day long. I’ve wound up on a few dozen of these lists since I started HokieCentral/TSL. I have politely asked to be taken off those lists, all except Fletcher’s. He rarely sends a “dog” email that isn’t funny, and he rarely forwards something that Snopes has already sniffed out as false. His emails are money; I read them all.

Monday, Fletcher emailed me a list of funny sports quotes, and I thought, “Hmm, a lot of these can be applied to what I think about the UVa game. That’ll be something different for this week’s article.”

So here we go; VT-UVa 2013 commentary, with quotes brought to you by Fletcher Bryant.

“The only difference between me and General Custer is that I have to watch the films on Sunday.”
– Rick Venturi, Northwestern football coach

“The film looks suspiciously like the game itself.”
– Bum Phillips, New Orleans Saints coach, after viewing a lopsided loss to the Atlanta Falcons

This game has the unique characteristic of unfolding pretty much like I thought it would. It was an ugly, low-scoring rock fight. There were no surprise special teams gaffes or hideous turnovers to put the Hokies’ victory at risk; they won the game like we thought they would, with strong defense and an inconsistent offense that managed to get out of its way enough to put up double-digit points and get the win. 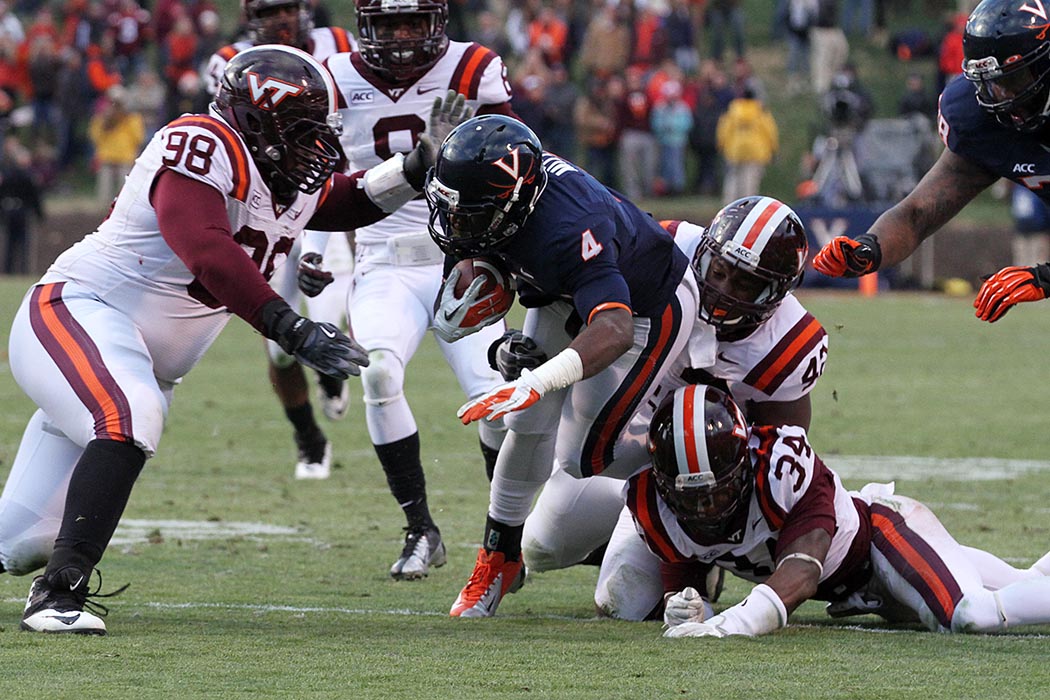