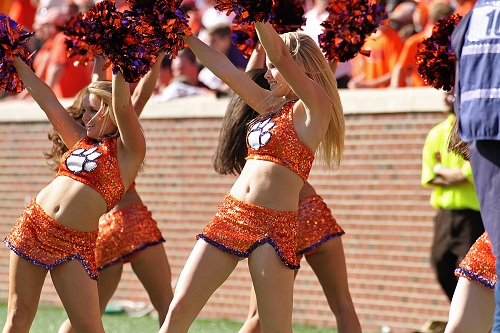 For today, let’s pretend that Virginia Tech will win the Coastal Division and play in the ACC Championship.  Based on that, who do you want to win Saturday night’s FSU-Clemson game?

Tafkam Hokie: Which angle I choose to look at this game seems to change who I want to win.

Simply as a college football fan, I like FSU more than Clemson for various emotional reasons.

As an ACC fan, I would like to see the conference in the national championship game.  I think Clemson with a win has a smoother road to get there.

As a VT fan, I’d like to see FSU win since we go head-to-head with Clemson for recruits more than against FSU.

But with an eye on the ACCCG and who I would prefer to play in that game, each team has one big factor in their favor.

One of our core defensive philosophies for 25 years has been stop the run and force the QB to win the game.  Which is fine until we encounter a senior, NFL-ready quarterback who is very capable of putting a team on their shoulders.  Tajh Boyd strikes me as one of those quarterbacks, while FSU is led by a rookie.  Granted, Winston is playing at an extremely high level right now and will likely be the ACC rookie of the year, if not the national rookie of the year.  But given the choice between matching up against an elite senior and an elite freshman QB, I’ll pick the freshman.

But on the other hand, there just seems to be something about FSU that has gotten into Beamer’s head.  There have been several cases where we have put the better team on the field and still ended up choking the game away.  If we do play FSU this year, it would take a virtually perfect performance from the team to pull off a win.  The garnet and gold spear on the helmet seems to illicit several unforced errors from VT.

Clemson is just about the opposite of FSU in that regard.  The orange pawprint doesn’t give Beamer the jitters the same