What an enjoyable Saturday of college fooball!  The Hokies won, UNC lost, Ball State smacked UVA in a nice little scrimmage before they start focusing on their MAC games, and West Virginia looked incompetent in their loss to Baylor.  Could it have been better?  Sure…Notre Dame could have lost, too.  But on the whole, it was an enjoyable day.

It really doesn’t get much better than watching the Hokies handle UNC in person while watching regular scoreboard updates of Ball State extending their lead against UVA.  The trainwreck in Charlottesville expanded to a full-fledged disaster.  Meanwhile, the Hokies are setting themselves  up as Coastal Division contenders.  Oh, and just as I typed this, highly-touted defensive tackle Ricky Walker just committed to Virginia Tech! (Oh, and now they are back in the top 25 as I’m editing this…#25 by the Coaches, and #24 by the AP!)

Because of Tech’s win on Saturday, they find themselves in a good position.  They can put Pitt out of the Coastal Division race with a win next weekend, and that means the division would likely be decided in a November matchup with Miami.  The Hokies are in as good a position as we could possibly have hoped for at the beginning of the season.

Now, let’s get into that big win over UNC… 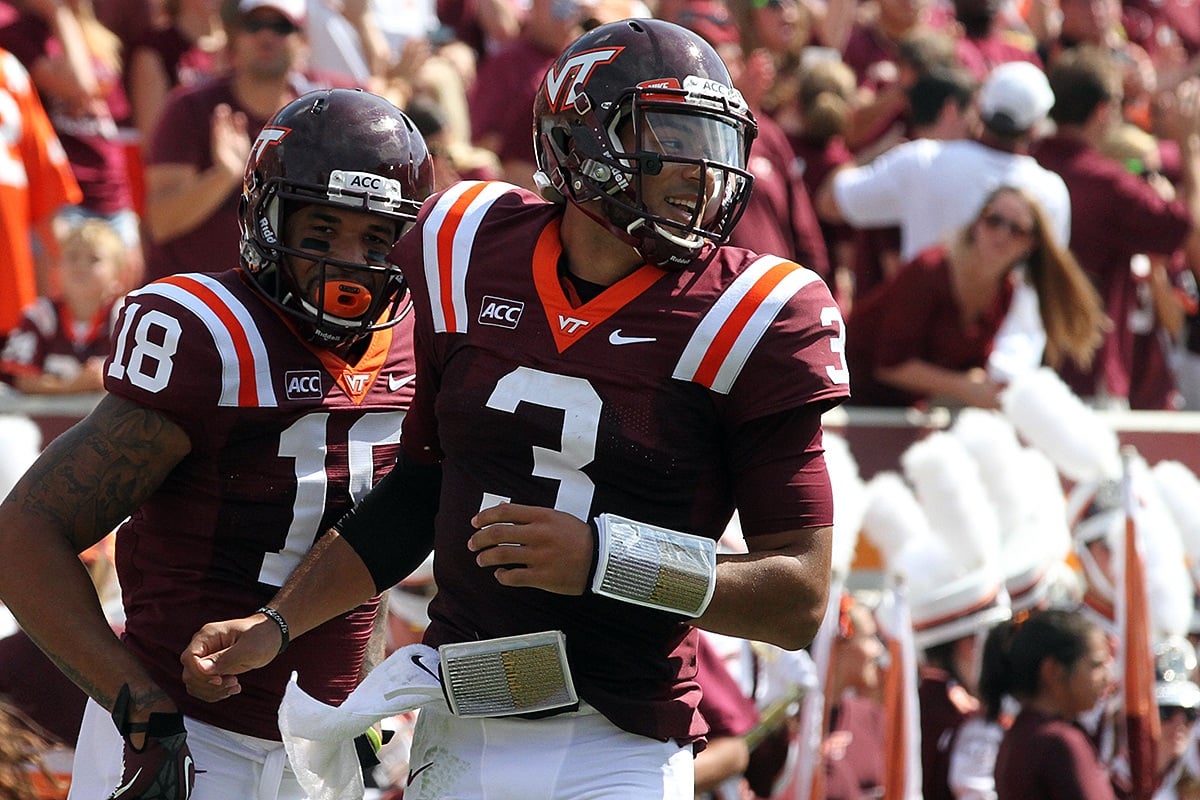 Over his last two games, Logan Thomas is 38-of-53 (71.2%) for 514 yards, with four touchdowns and no interceptions.  That’s a QB rating of 178.07.  It doesn’t get a lot better than that.  Since ACC play began, Logan has been money and the passing game as a whole has taken a giant leap forward.

In past weeks, we’ve seen a stronger