Last Week – What Have We Learned?

Let’s start off this week by taking a quick look back at the ECU game.  In my Breakdown last week, I mentioned that the Hokies running game would rely on the interior offensive line being able to control the massive ECU Nose Tackle, Terry Williams.  Unfortunately, the Hokies were not physical enough up front and Williams’ great play all game long disrupted the timing of the Hokies running game.  The result was a pitiful effort rushing the football from Virginia Tech.

I also indicated in my Breakdown last week that I thought the Hokies would need to mix in Logan Thomas from the read option in order to give the rushing attack some success.  They did that for a few plays, but they never really committed to it.  As a result, the ECU linebackers were able to attack the running game pretty aggressively.  The lack of misdirection in the running game allowed the DE’s to pursue the football without any risk of losing containment.  Combine that with Williams’ dominating play in the middle and it’s pretty easy to understand why the Hokies’ running game was shut down last Saturday.  I didn’t like the gameplan.  I think the coaching staff expected the Hokie offensive line to perform better against the ECU front seven than they did.

If there is any upside from the struggles of the rushing game, it would have to be the emergence of the passing game, particularly on third downs.  I thought Logan Thomas did some things last week that really demonstrated his continued maturity and understanding of Loeffler’s passing scheme.  His throws in the second half to Willie Byrn and Joshua Stanford, as well as the TD pass to D.J. Coles, were all pretty impressive, in my opinion.  He demonstrated precision, patience, poise and touch at multiple times throughout that second half and the passing game took a step to the next level. 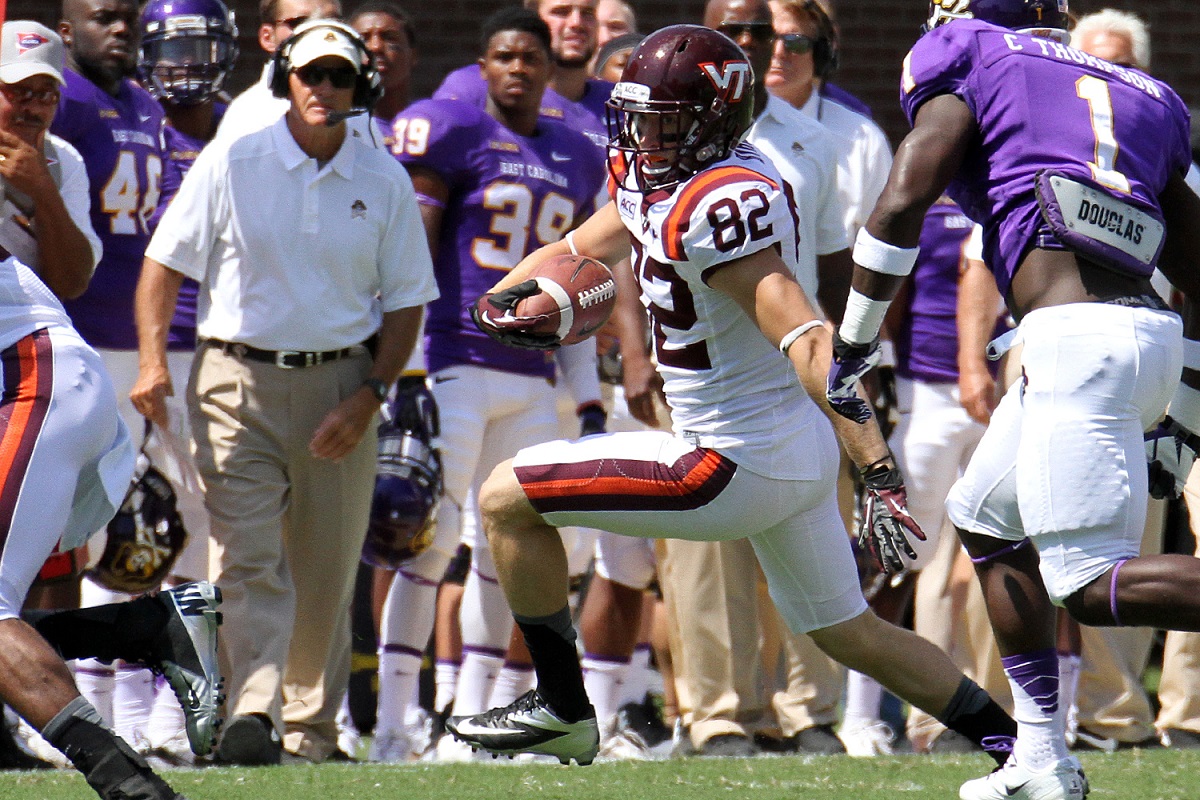 Overall, the Hokie offense remains inconsistent and is going to be a work in progress.  We haven’t seen this offense put together anything that resembles a dominant effort, but we have seen them string together dominant possessions so we know