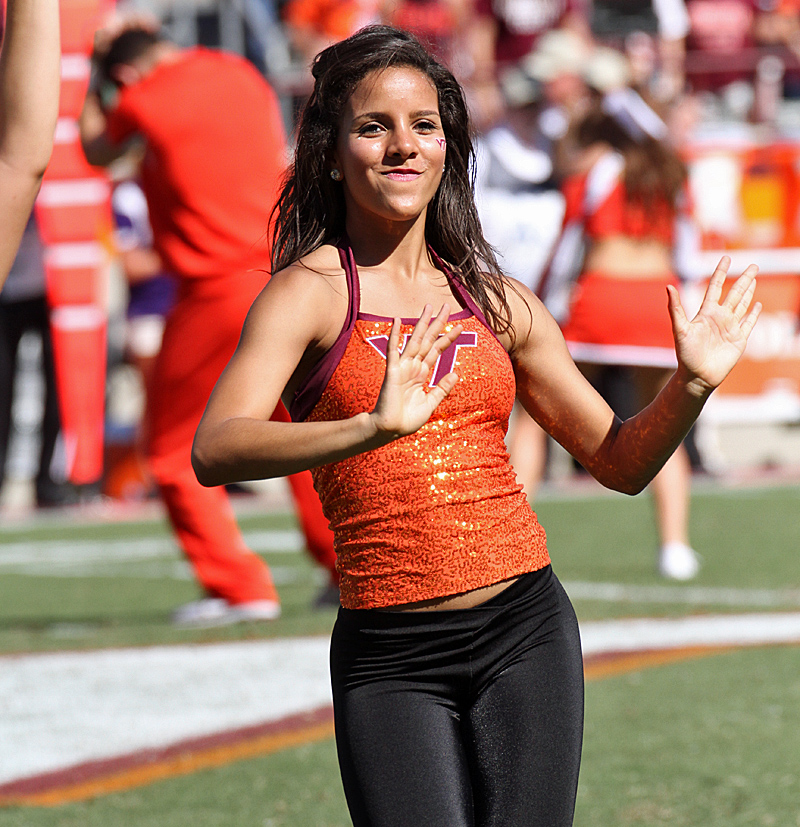 The Hokies will be tested tomorrow against the ECU Pirates.  ECU, under Head Coach Ruffin McNeill, runs a spread offense and an attacking style of defense that I expect to be much improved this year under new coordinator Rick Smith.  This ECU team has a lot of confidence coming off of two wins against overmatched opponents, and they have a history of playing the Hokies tough.  Combine that with the fact that the game is played in their home stadium in Greenville and I expect Virginia Tech to face a focused, well-coached football team that is not intimidated at all and determined to win the game.

When you compare the talent of both teams, it is easy to imagine that the Hokies have a significant advantage.  Over the last several years, VT has consistently closed recruiting classes ranked in the 20’s and low 30’s while ECU has been ranked in the 70’s and 80’s.  Based on that recruiting snapshot, one would expect there to be a rather large gap between the two teams in talent on Saturday.

But, those rankings are misleading. First of all, VT has signed some talented classes in the past few years but they have also missed on some positions of great need.  The Hokies have also turned over their entire offensive staff this offseason and they are breaking in a new system.  ECU has a new defensive coordinator, but Smith used to coach the defensive backs at ECU and so is more familiar with his personnel and with the expectations of the fanbase and administration.  Many also consider him to be an upgrade over the recently departed Brian Mitchell.

I also think ECU is more talented than their Rivals recruiting rankings would lead you to believe.  Junior QB Shane Carden may be one of the most accurate passers in the country and WR Justin Hardy is probably the best wideout on either team.  On defense, DE Lee Pegues and particularly, OLB Derrell Johnson are both players that the Hokies will have to think about in their gameplan.  The Pirates also have a true freshman LB that I am very high on (who may or not play) named Devaris Brunson who they beat out NC State for.  Brunson was recruited by some top SEC schools last year, although I’m not sure if he had any offers.  So, ECU has