In general, there isn’t much you can take out of a game against a 1-AA opponent unless glaring weaknesses are exposed.  I didn’t think yesterday’s game exposed any such glaring weaknesses, so I’m in pretty good spirits.

I’ll limit today’s column to a look at the offense.  There’s not much need to discuss the defense against an opponent like Western Carolina, because Bud Foster’s group always outmatches opponents like that. 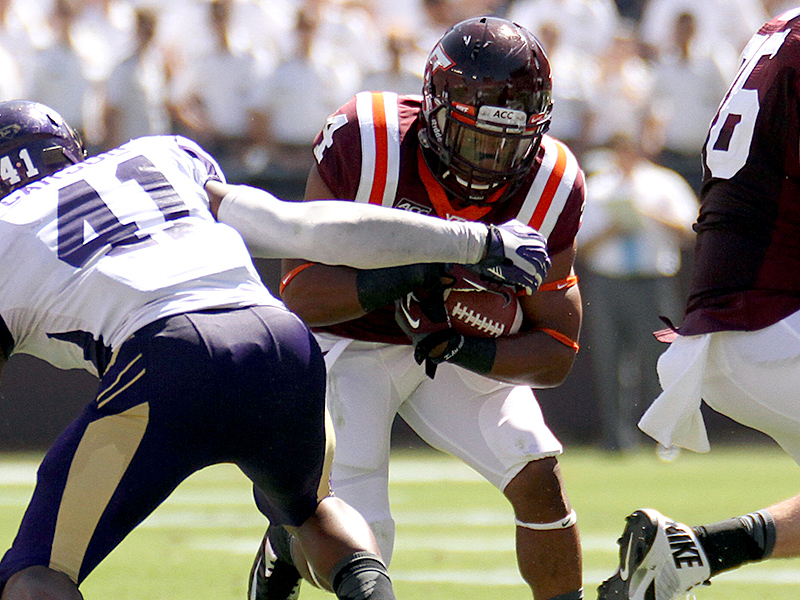 Virginia Tech ran for 237 yards on 34 carries, averaging seven yards per carry in the process.  The Hokies also had four rushing touchdowns on the day.  The individual performances looked like this…

That 76 yard touchdown run by Chris Mangus (on a well-designed play, I might add) obviously played a big part of the rushing numbers the Hokies were able to rack up, but that’s to be expected.  Most teams who pile up 237 rushing yards don’t do so without a big play at some point during the game.

Watching the game live, I thought there were positives and negatives in the running game.  On the negative side, I didn’t think the Hokies dominated the line of scrimmage like I was hoping they would early in the game.  They got off to a slow start offensively, and it took a few series for the running game to get going.