Transfer wide receiver Jadan Blue comes to the Hokies from Temple, where he brought a flashy game to the Owls’ offense. Noticeable even before the snap in his often brightly colored red or yellow cleats, Blue dazzled on the field in 2019 en route to a 95 catch, 1,067-yard season. Temple had record-setting Anthony Russo flinging the ball, and Blue took full advantage of that to set Temple’s single-season record for receptions. He had great hands and good speed, and he put those skills to use in a season where he had at least one highlight-worthy long catch in nearly every game:

At 6’0, 190, he’s got good size for a slot receiver, and in the clip above he takes advantage of it as he elevates without having to overextend, and then twice powers through a defender’s grasp. A lot of guys would stumble from having a linebacker fall on their feet like that, but Blue’s got the balance and hip strength to churn through.

This next play is all about hands, size, and toughness:

That’s a tough catch with anybody bearing down on you, but the hitter happens to be all-everything safety Darrick Forrest, now with the Washington Commanders, leaving his feet to lay the lick. Here’s a better shot: 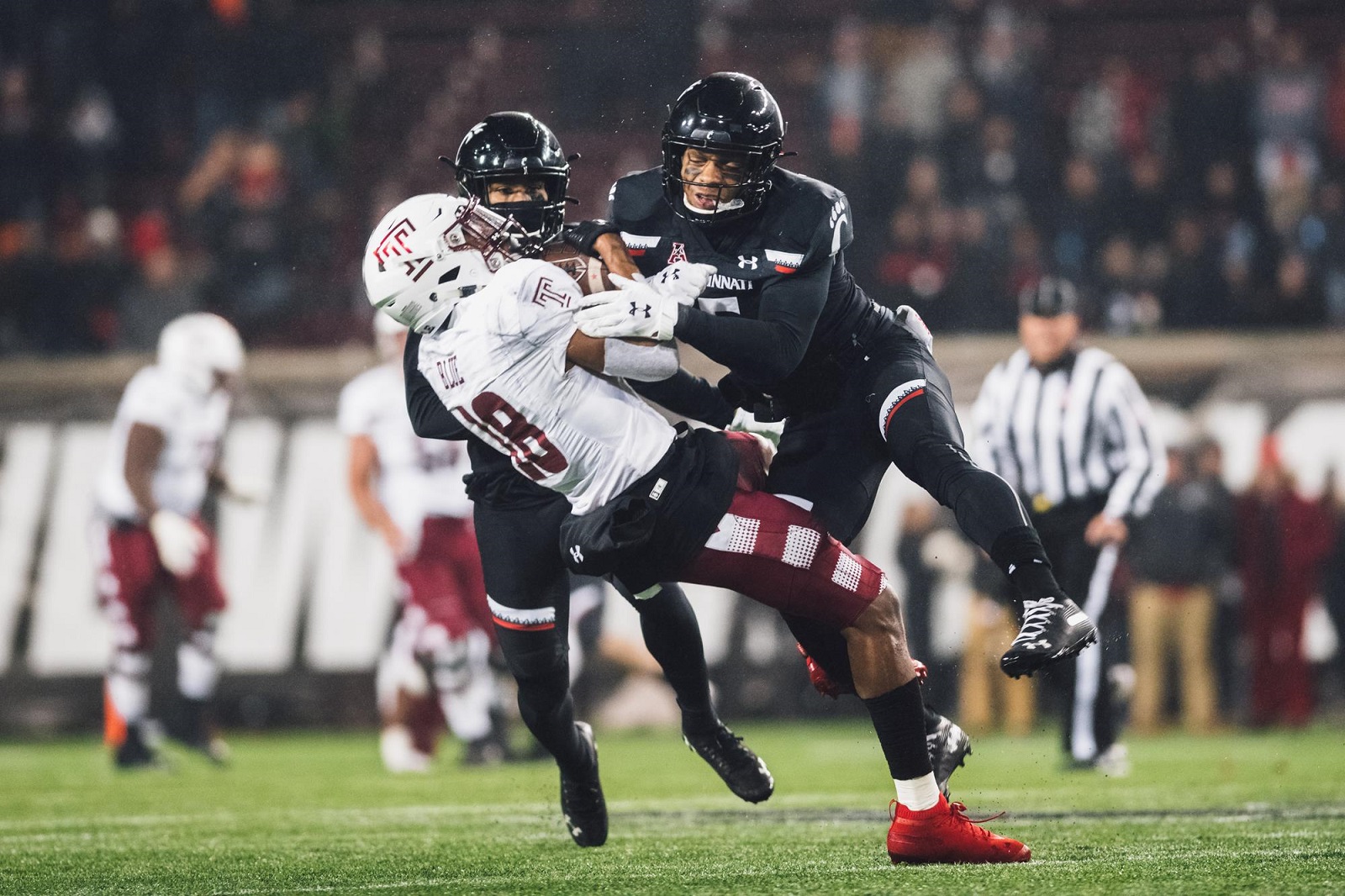 Those little white dots around them are specks of sweat and spit that got knocked up into the air at impact.

And Blue even got things going with Hokie fans’ all-time favorite play, the jet sweep:

He reads the leverage on his blocks and powers his way for the score.

Blue was on a roll. He told his coaches that after one more season, he’d be going pro.

Then the following season Russo got hurt three games into the season…and then he made an ill-advised transfer to Michigan State, spearheading an exodus after which Temple put on the field what might be the worst offense I’ve ever suffered through for one of these articles.