*This is part two of a series on Virginia Tech and a breakdown of the inside zone. View part one here.

When we left off, teams were messing with front/play-side blocking on run plays. They were figuring out what would happen if everyone blocked in the same direction as the runner. This was called “front-side” or “play-side” blocking, before generally becoming known as “zone running.”

Instead of creating a specific hole or gap for the runner, this style weakened an area of the defense, from which holes could emerge. At first, zone blocking seemed suited only for dive and option plays. But in the 1980s and 90s, the idea evolved into an every-down running play: the inside zone.

The base inside zone is designed to prevent defensive penetration by blocking in the same direction as the runner’s path, just like the dive plays that came before. It’s also designed to hit the defense in ways that improve the odds of the running back breaking off a long run by punishing undisciplined defenses.

Here’s how it’s drawn up: 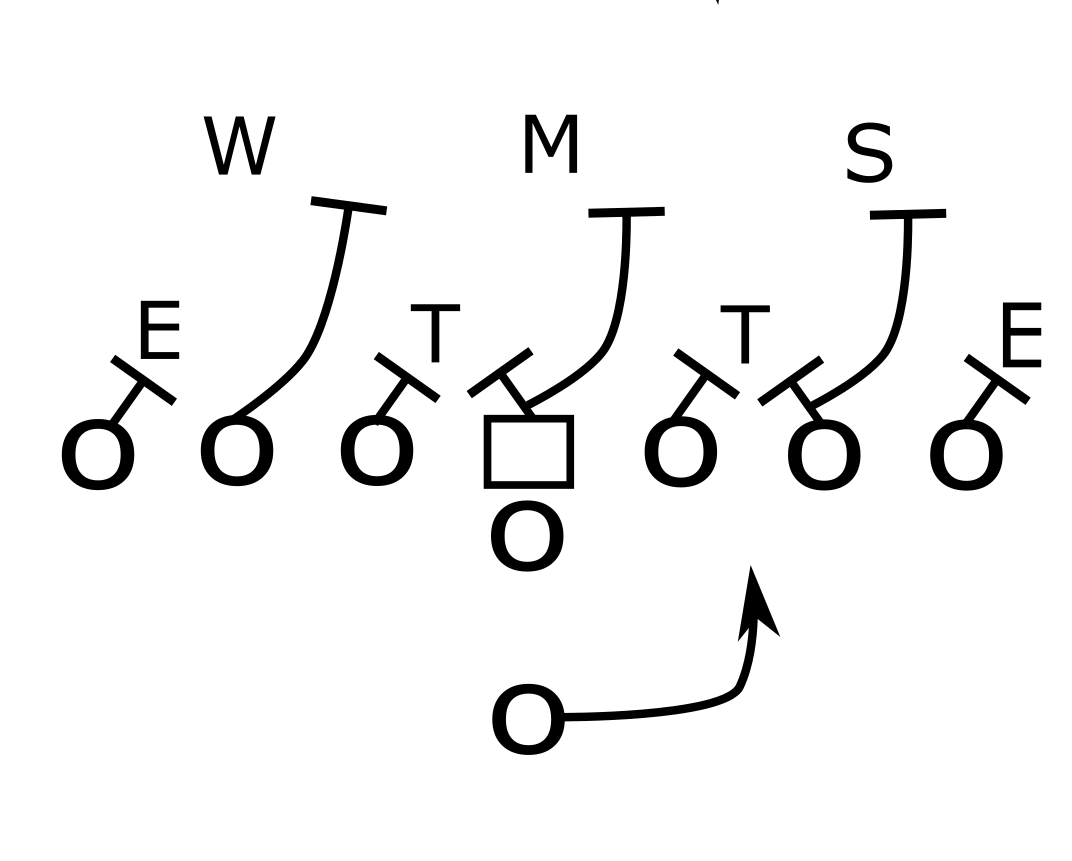 On paper, it might not look fancy, but it had coaches on both sides of the ball scrambling to keep up. Defenses dialed back their aggression because they suddenly found themselves threatened by a one-two punch of inside/outside zone plays that threatened the entire line of scrimmage on every snap.

Meanwhile, offenses looked for new coordinators and o-line coaches who were gurus in the new style. In the NFL, guys recognized as all-time greats with fists covered in Super Bowl rings were let go in favor of zone coaches. Hokie fans probably associate Curt Newsome’s hiring most with his connection to Tyrod Taylor, but another factor was Newsome had some experience with zone blocking. (Unfortunately, the Hokies were about a decade too late with the move, and Newsome ultimately proved not to have the chops to handle his duties.)

Blocking The Inside Zone

The secret sauce is the two double-teams. The classic inside zone play always tries to get double-teams on the defensive tackles.

In the late 1960s and into the 70s, NFL offenses dealt with a surge of disruptive defensive tackles —Joe Greene, Bob Lilly, Merlin Olsen, Alan Page, Randy White, etc. — who blew up backfields. NFL general managers were all looking for new dominant defensive tackles in this mold. The coaching minds who were interested in zone-blocked