After a 2021-22 season highlighted by an ACC Championship, Virginia Tech basketball will see some slight changes over the offseason.

Today, we’ll discuss the roster and how that might change over the coming months. A week ago on March 30, I wrote Virginia Tech Basketball Postseason Thoughts, Part 1. That covered the entire season, including the ACC Tournament, the development on the defensive end and the evolution of the bench over the course of the campaign.

To get you up to speed on what the Hokies’ roster will look like in 2022-23, here’s a graphic. Tech has a four-man recruiting class, headlined by ESPN top-50 prospect Rodney Rice. 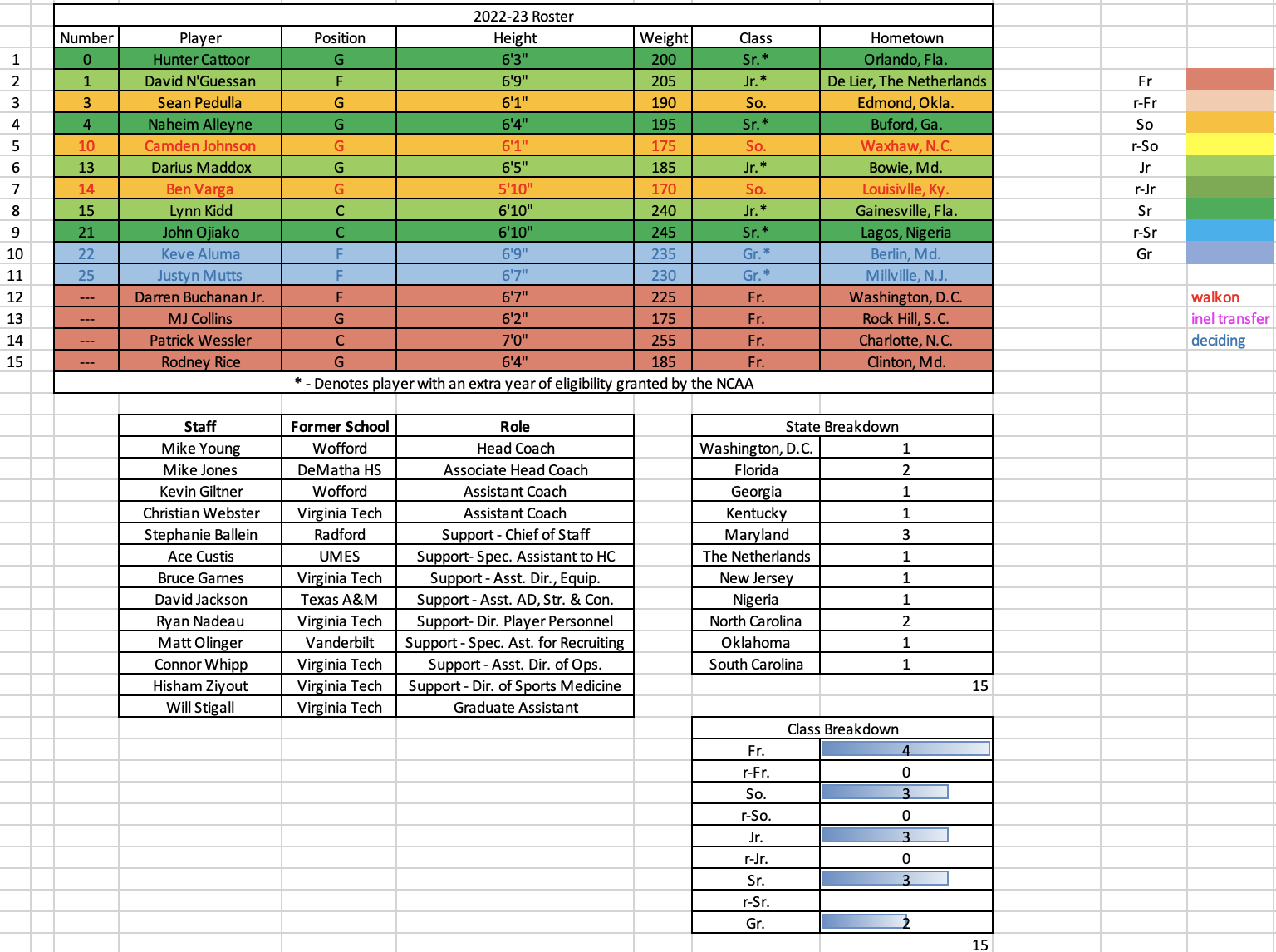 As it stands currently, the Hokies have two scholarships available for the upcoming season, but only if Keve Aluma and Justyn Mutts depart. If they both stay for another year, the Hokies will be at the 13-man limit. Here are two breakdowns, by class and by position. 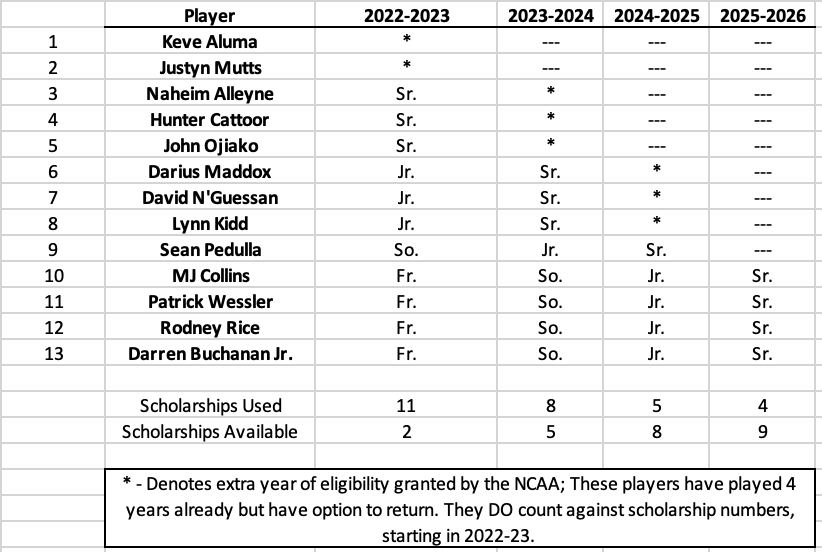