My father-in-law is from Ohio. He was staying with us this week, and during the second quarter he came into the living room and asked me how the game was going. I filled him in on all the mishaps. He considered them for a second, then said, “Well, now you know what it’s like to be a Browns fan.”

Are we Browns fans now?

I don’t remember the last time I gave up on a game so quickly. Burmeister went down, and I lost hope. There are contestants on The Bachelor who have more depth than Tech’s QB room.

VT’s coaches had a few tricks up their sleeves for this game, the biggest probably being the rollout of a true-ish Bear front on run downs: 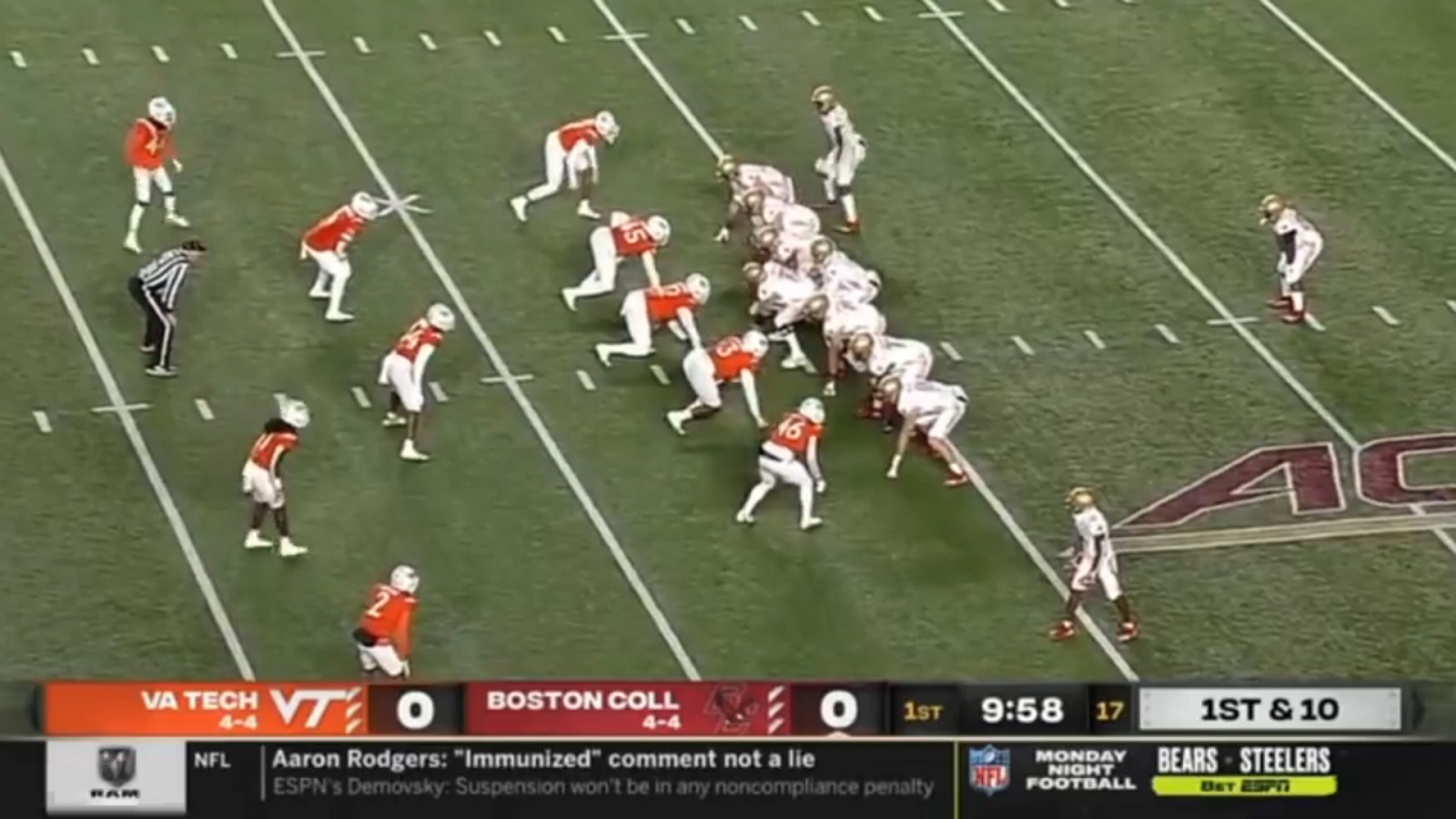 Instead of the Bud Foster Bear, where the Backer dropped down to become a defensive end while the four regular linemen bumped over, Hamilton rolled out a five-DL personnel package. I called it “true-ish” because it was a little light in the britches, with Eli Adams, TyJuan Garbutt, and Amare Barno on the field with only two defensive tackles. Tae Daley seemed like the guy who went off the field to make room for the extra DL. It had some moments, but BC adjusted to it. Given the lack of depth