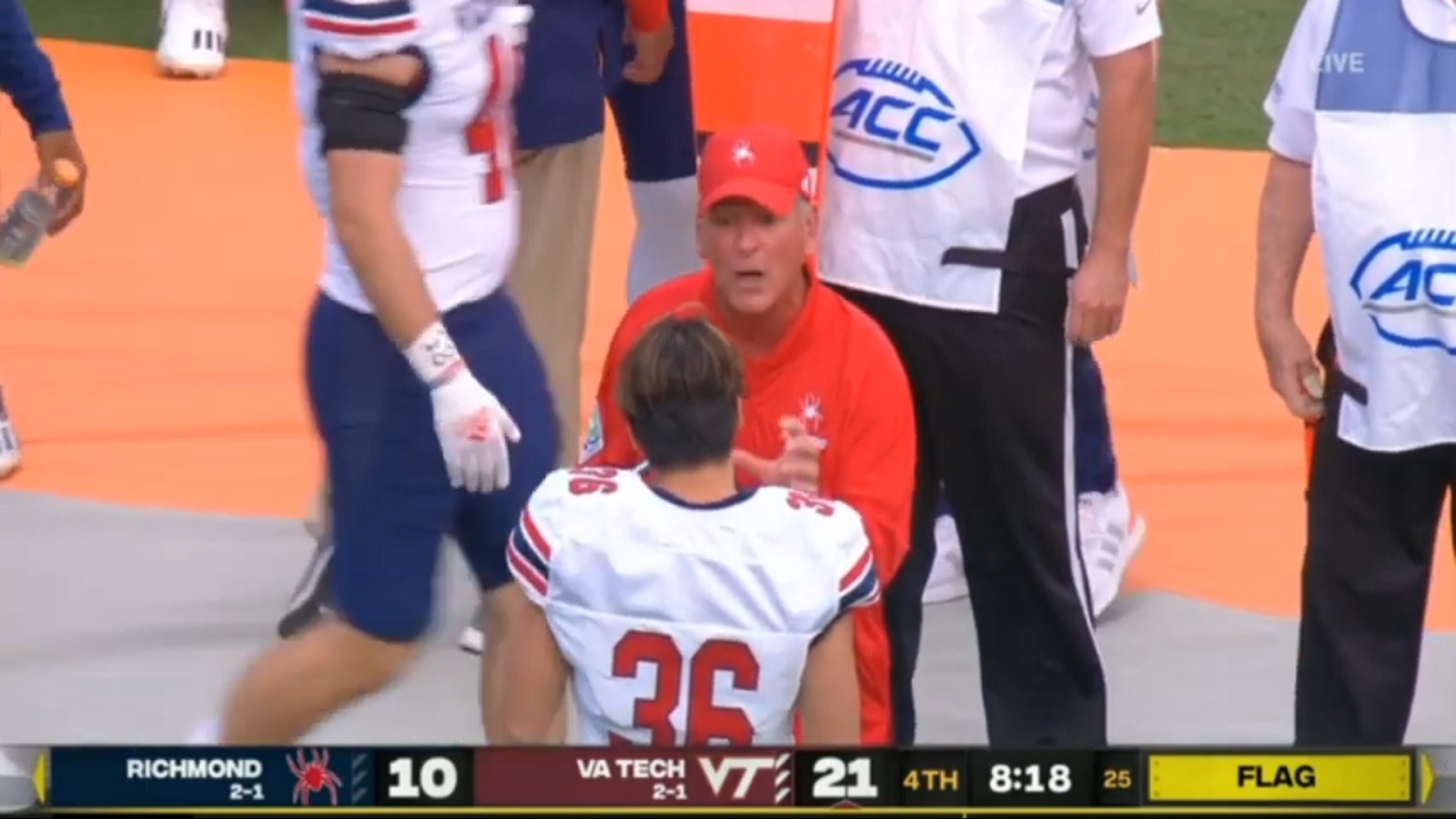 Here’s my unconventional choice for play of the game:

The Richmond offense had almost no chance of moving the ball without their starting quarterback. Mancuso stays in, and maybe we’re getting the JMU sweats.

This looks like a haymaker, but the end zone angle showed that the defensive end is just slightly off-center relative to Braxton Burmeister (#3), and what could’ve been a piledriver hit to the chest turns into more of a glance and drag. If Burmeister gets sidelined, Knox Kadum (#12) is taking snaps, and who knows what that could’ve turned into.

Don’t get me wrong, the touchdowns were nice, but these two plays were/could’ve been some big rocks tossed in the pond, with some mighty big ripples.