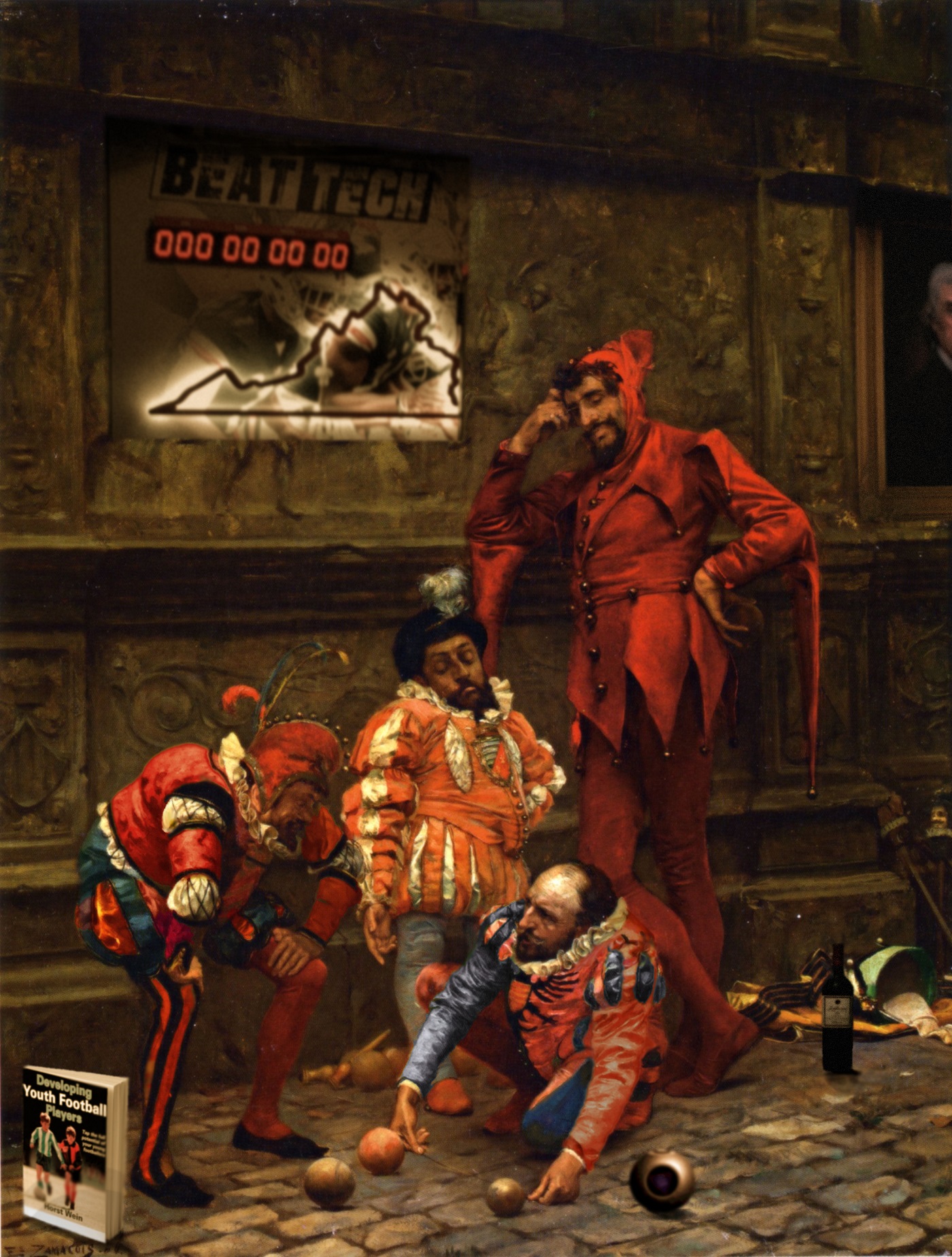 I decided two things were certain on Saturday night. First, Tech won the ball game. Second, Brock Hoffman has replaced Dax Hollifield as the Hokie most reviled by the Hoos. So, props to Brock. Now on to the highlights.

Here’s Khalil Herbert on the Outside Zone Read:

I don’t know if it’s come up before, but OZR’s a pretty good play. Tech’s running a fold on the backside with Tenuta pulling, while the Hoos are in a variation of the light box we looked at in the preview, with safety Joey Blount (#29) basically playing linebacker. Darrisaw and Hoffman do a good job washing their guys out of the play. Herbert cuts off Hoffman, and with Tenuta and Smith taking the linebackers, the RB’s got room to boogie.

Down in the marrow of the red zone, Tech calls for a Jet Sweep Power Read:

Turner’s the jet man, Hudson’s the puller, and UVA OLB Matt Gahm (#56) is the read man. Gahm squeezes with the down blocks, so Turner gets the ball. UVA stretches things out at the point, so instead of getting a hat on everybody inside, the force man is doubled. This leaves UVA’s Zane Zandier (#0) unblocked and coming in hot for a TFL or no-gainer. Turner runs right through him for the score. ZZ must’ve forgotten to flip his kill switch.

For our next play, Tech brings the misdirection: