A recurring concern from TSL subscribers is that my articles divulge too much information about the Hokies’ schemes and capabilities. You can rest easy, because I don’t begin to scratch the surface of what the Hokies do. On Mondays during game weeks, college football staff across the country will be up before dawn and working into the wee hours of morning watching, marking, cutting, reviewing, and planning with game footage. There might be a dozen people putting in as much as twenty hours of work each. The little tidbits I write for TSL take only a fraction of that amount of time and expertise.

The process begins with grad assistants, quality control, and analyst staff viewing and analyzing anywhere from several games worth of footage to full seasons (or more.) They spend many hours reviewing opponents’ plays and breaking them down into fine-grained categories based on the play called, personnel, formation, down and distance, field position, game situation, and the tendencies of the team they’re playing. Video staff help on both ends of the equation and are integral to the process. Then, along with the field coaches and players, the staffers break down the minutia of these plays and concoct a complete understanding of the opponent along with a plan for beating them.

To give you an idea of what this entails, let’s look at this play by the Hokie offense:

Before even getting to the play, the folks analyzing this clip would have to get the down and distance;  the name of every player on the field; the formation (using whatever terminology they had for a 1 x 3 formation with the #3 receiver to the field being off the line and the RB lined up to the passing strength); line stances and splits, QB’s depth, eyes, cadence, and snap signal; the back’s stance and split; adjustments are calls that are made; the receiver’s motion; the tempo of the play; and any delays in the snap. Then they would have to note the call itself, player performances, play results, and other details. Then they’d have to repeat the process ad nauseam. If you’re assigned to scouting a good up-tempo offense, you could easily be logging seventy plays for every game you watch.

Everything collected goes into databases and spreadsheets to make all the details sortable and searchable. The staff and/or GAs will also put together scripts of plays for the scout teams to run in practice. The videos are also cut and packaged for different coaches and position groups. To help the viewers out, the video guys will often put graphics of key information on the clips. Here’s an older VT shot: 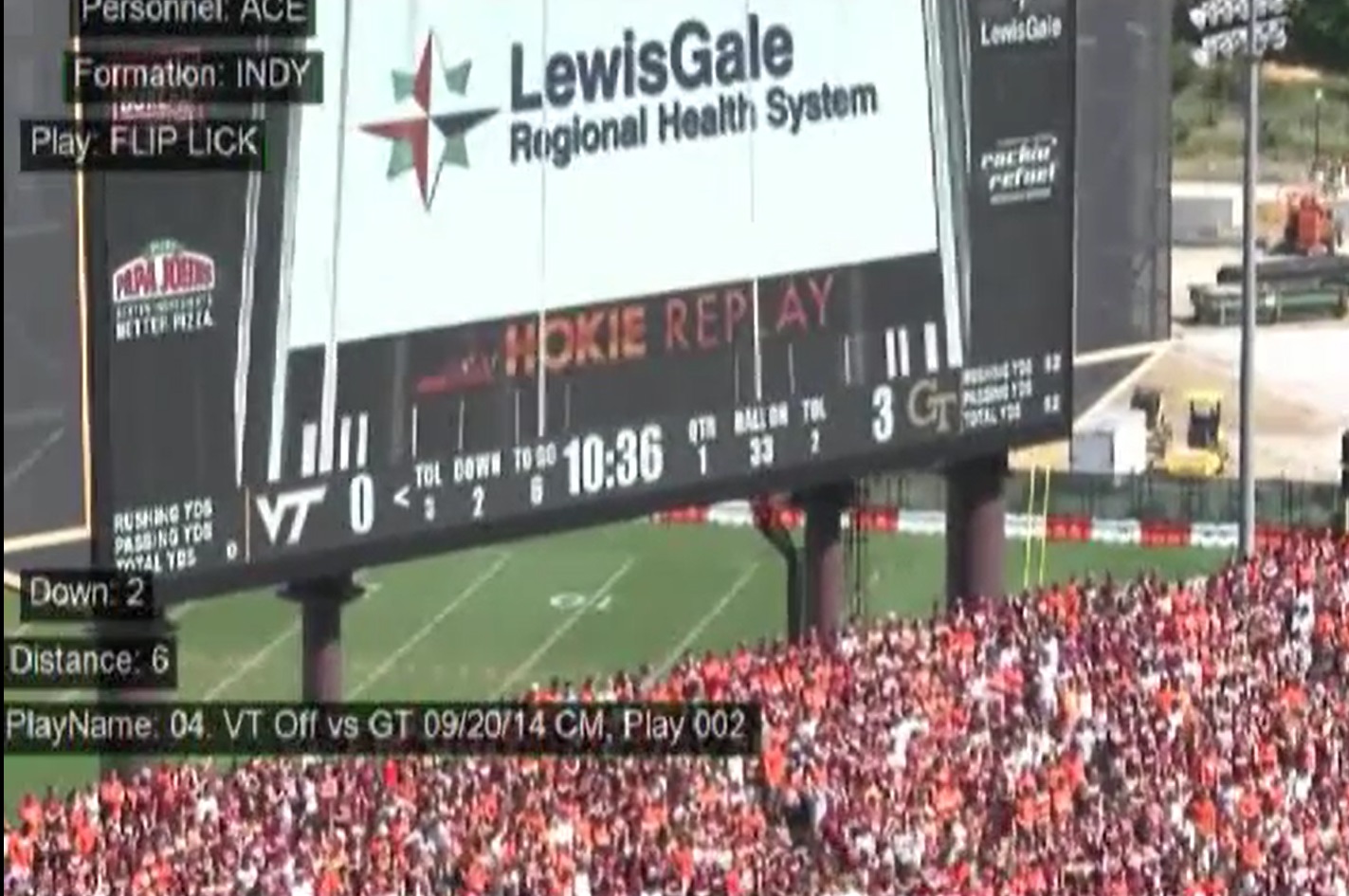 This is an image of VT’s film of its own offense, but you’ll see the same information on scouting footage.

The information is also processed into reports for the coaches and players. Here’s a taste of what that can look like. The following images are from Alabama’s scouting report on Clemson’s offense for the 2018 Sugar Bowl. It’s 56 pages in length…which isn’t actually that long. Here’s the top of one of those pages: 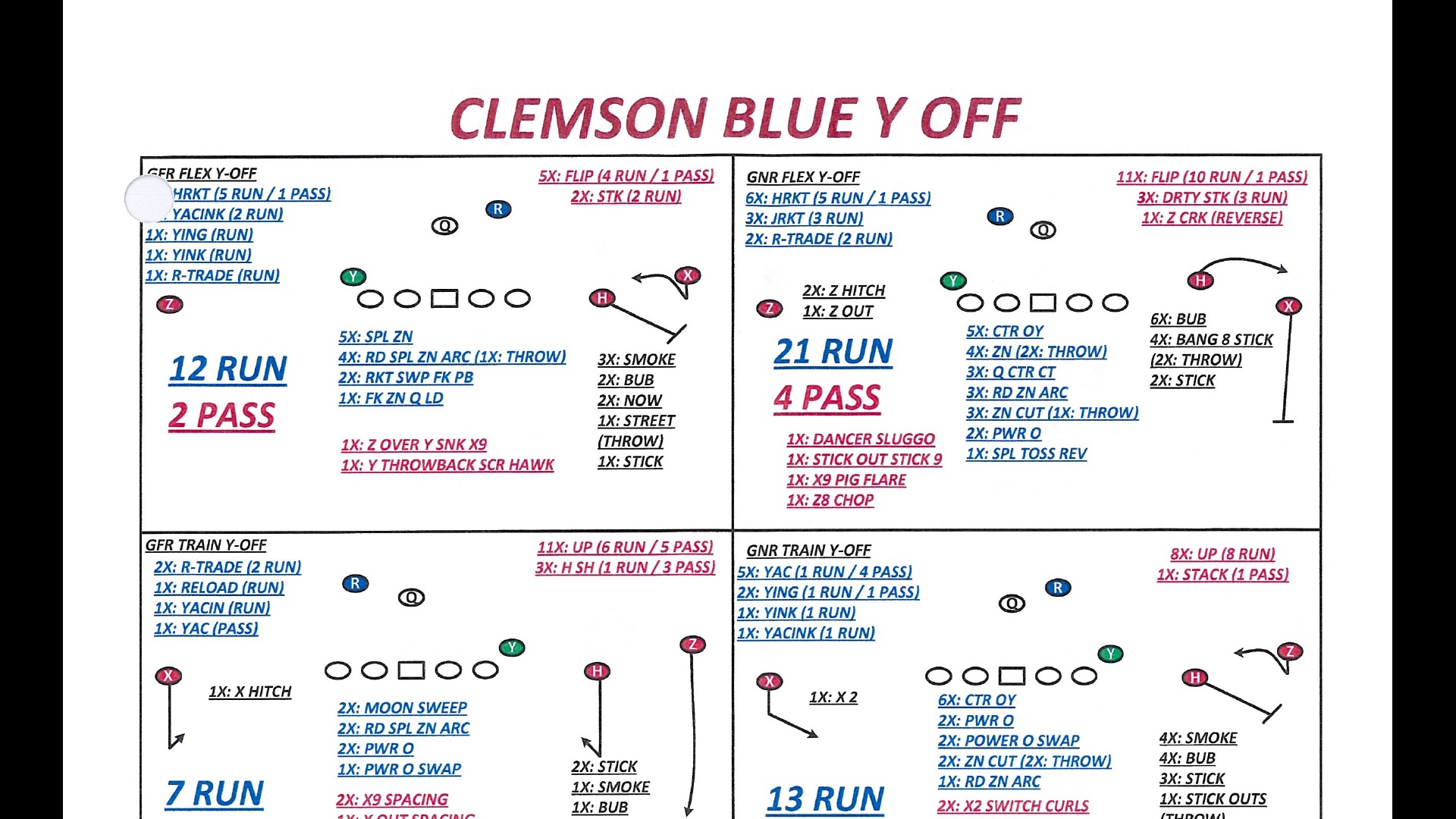