Virginia Tech was 0-2 after a humiliating 16-0 home loss to Cincinnati in the pouring rain.  The game was not televised, but you can watch the play-by-play below, which is accompanied by the radio broadcast of Bill Roth and Mike Burnop.

To make this series more immersive, I recommend watching the game – or at least key parts – before reading my article.  If you pretend like this is actually 1995, this will be a lot more fun.  I’ve embedded the video below.  It’s only 50 minutes, so you can probably carve out some time.

Like all articles in this series, I’ve written the article as if we were currently living 1995.  I imagine this is what I’d have written had I been writing day-after articles back in 1995.  On a personal note, this was one of the two games I attended as a 12-year old in 1995.  The other one (Syracuse) was a much more pleasant experience. 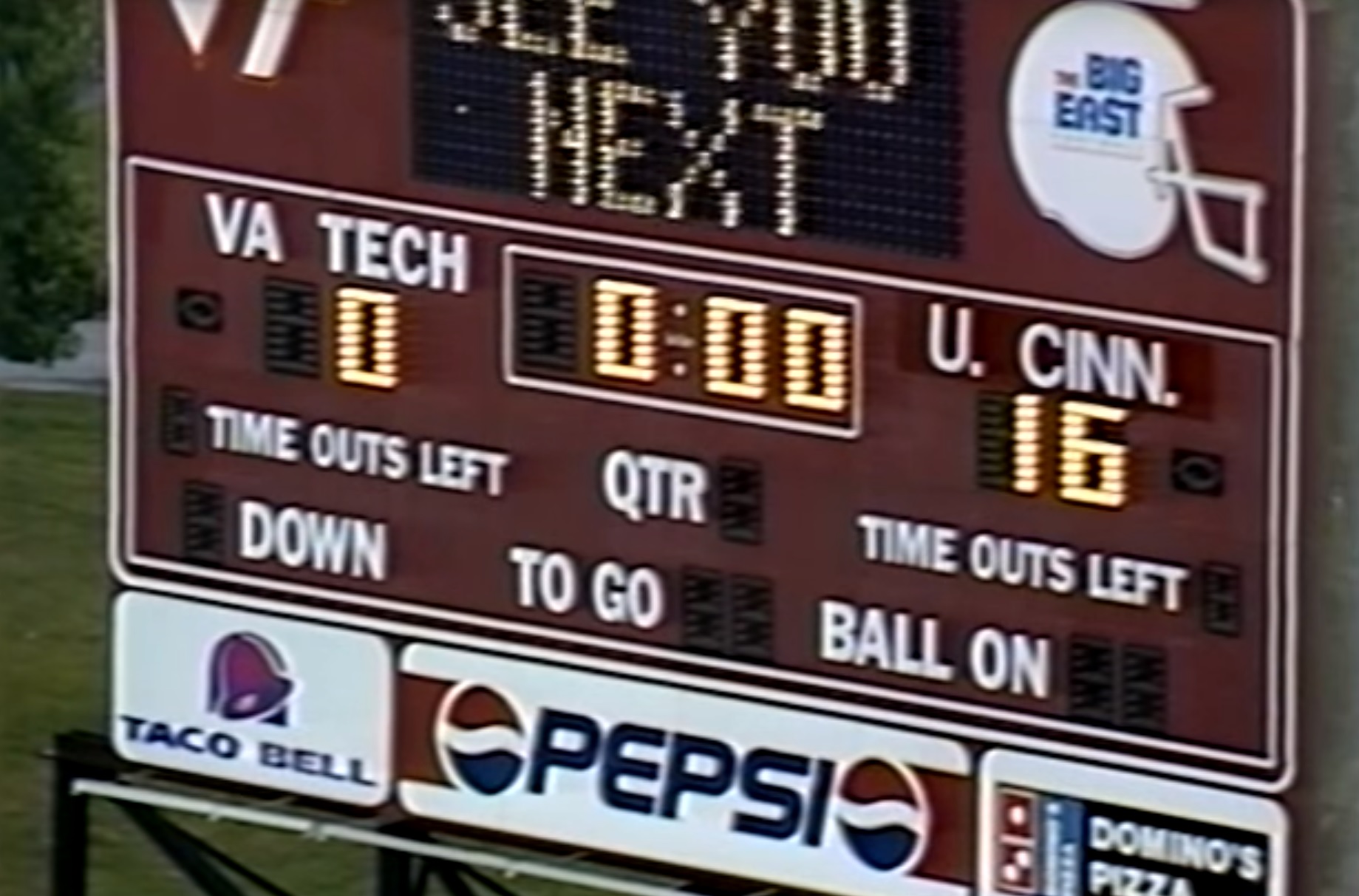 Virginia Tech’s loss to Boston College was disappointing, but not disheartening.  The Hokies beat themselves that game, but they flashed the potential of having a great defense and a quarterback who can really throw the football.  However, Saturday’s 16-0 home loss to Cincinnati – the first time the Hokies have been shut out in Lane Stadium since 1981 – was not only disheartening, but it left fans wondering whether or not Tech will be