I’ll take my crow medium well, with a splash of BBQ sauce on the side.  I thought the Hokies were probably done.  Many of you probably thought they were done, too.  But they weren’t.  Yesterday’s 42-35 victory over Miami represents one of the biggest 180s from week to week in the history of Virginia Tech football, and while there’s no guarantee that those types of performances will continue, the win certainly did wonders for morale, both for the team and for the fanbase.

The 180 didn’t begin in South Florida on Saturday.  It started last weekend after the Duke game, when Justin Fuente put the team through a very tough and challenging week of practice.  He challenged their toughness, and they responded.  When coaches choose to have tougher practices after bad performances, it can go in one of two ways.

It could go poorly.  The team could view it as a “the beatings will continue until morale improves” type of thing, and then tank.  Or, they could take it as it’s intended, that the tough practices are designed to make them better, and embrace it.  This team did latter, and that tells me one thing: that they haven’t checked out on embattled head coach Justin Fuente.

That was probably my No. 1 worry after the Duke game…that Fuente had lost them.  Clearly he hasn’t.  Results aside, you could see from the reaction of the Virginia Tech sideline after Jermaine Waller’s first interception that they were fired up and ready to play.  They played hard for four quarters, and they responded well whenever adversity hit.  If there’s ever a sign that a team hasn’t checked out on its head coach, that’s it.  If they wanted him fired, this game, and the rest of the season for that matter, would be perfect opportunities to pack it in.  Instead they did the opposite.

There’s been lots of talk about player morale, happiness, and whether or not they “like” Justin Fuente.  Here’s a picture from the postgame, with Fuente celebrating with the team. 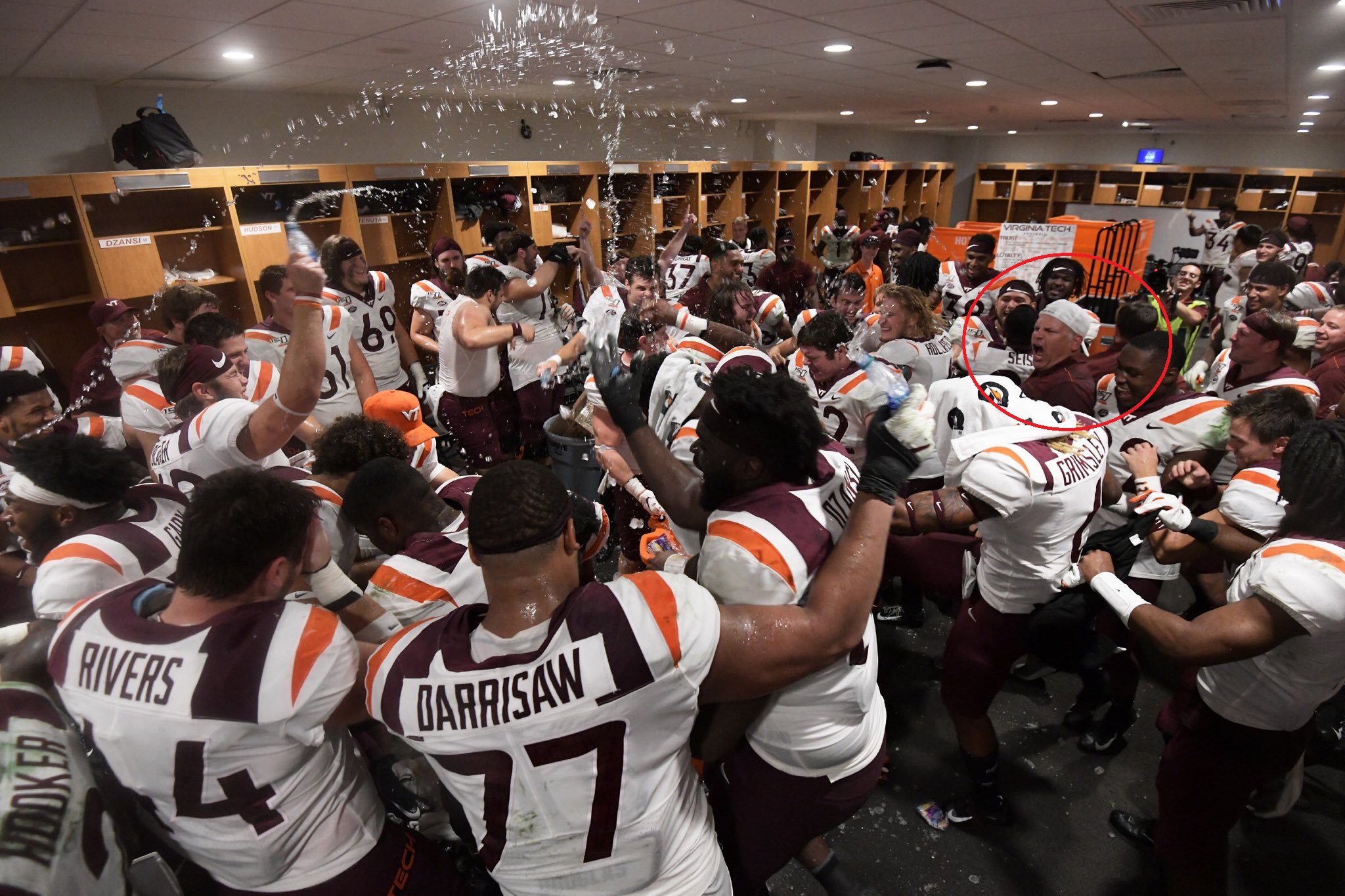