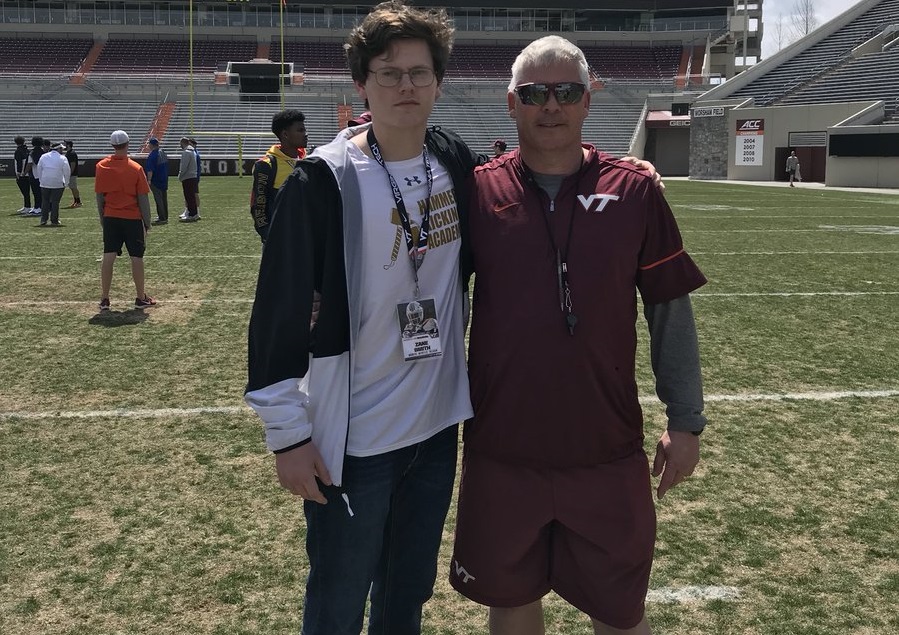 Rarely are kickers offered a full scholarship, and especially not this early. When North Myrtle Beach (SC) kicker Zane Smith camped at Virginia Tech Sunday, he sure wasn’t planning to leave with one.

But after going through drills and kicking for the coaches, the Hokies surprised Smith with his first football scholarship. It’s an offer that has certainly kick-started his recruitment. It appears to be only the beginning of Smith’s journey.

“I punted for Coach (James) Shibest, he liked me and offered me on the spot,” Smith said. “I didn’t expect it, with how young I was. That’s pretty much what I went there to do. I knew what time I had to be there, and I was there. They said they want me to come back July 27 for their barbecue. They want me to catch up and see how they’re doing, plus go for a game. I want to try to maintain a relationship with the coaches and keep in touch with them.”

Smith said he had spoken with Shibest a bit before the camp, and during the camp the coach gave him some positive feedback.

“He just said he really liked my fundamentals,” Smith said. “He could tell I’ve been working hard. I do kind of think he liked how I held myself, how I carried a conversation. I think that’s a big thing people look for these days. I just knew he was excited about me and excited about seeing what I could do. I’m excited about what the future holds for sure.”

Before Sunday’s camp, Smith’s only other trip to Blacksburg was in February for a junior day. Between the two trips, and now with an offer