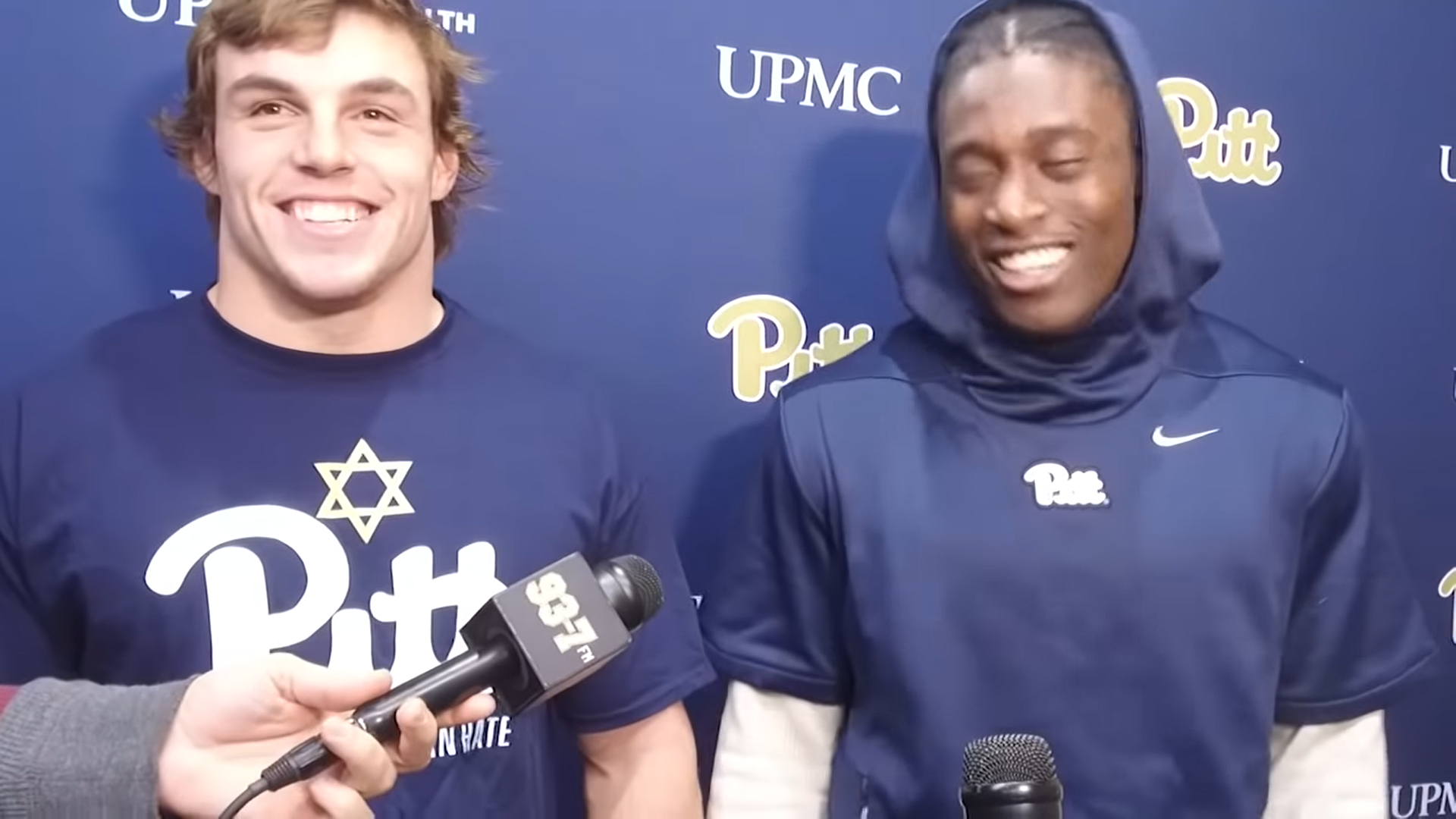 ABOVE: These guys were pretty loose and confident before the game.

You saw the shed tackles and pancakes, but you might not have noticed some other things. A big one was that Pitt was able to consistently handle Tech linemen one-on-one, especially later in the game. Eligible receivers also blocked well. I highlighted Pitt fullback George Aston as a solid lead blocker in my preview; he missed last season, and he stuck out to me in the games I watched for the preview. Well, against Tech, he was blocking TyJuan Garbutt on the line and taking care of Ricky Walker in pursuit. And he’s not a converted tackle moonlighting as an H-back—he’s a classic stub-armed six-footer of a fullback. (Though I suppose the guys he was blocking were generally the same size or smaller.)

Pitt’s huge blocking advantage had ripple effects on every play. If Tech had demanded more frequent and longer double-teams, that would’ve improved the number of defenders free to attack the run. Instead, Pitt had hats galore free to hit Tech’s second- and third-level defenders, often with linemen.

In addition to being pushed around, there were basic problems in how defenders executed their assignments. Every defense has to figure out how it wants to fence in running backs. As the coaches noted in post-game, the general football lingo for this concept is “forcing,” “spilling,” and “filling” with free-hitters. The reasoning is that if everyone on a defense simply beelines