The Hokies have a couple of seniors up front who are six years out of high school. A third senior will anchor the right tackle spot, and though Zachariah Hoyt and Silas Dzansi don’t have as much experience, Justin Fuente seems very high on their future.

There was a bit of a surprise when the starting offensive line was revealed in yesterday during the release of the initial depth chart. 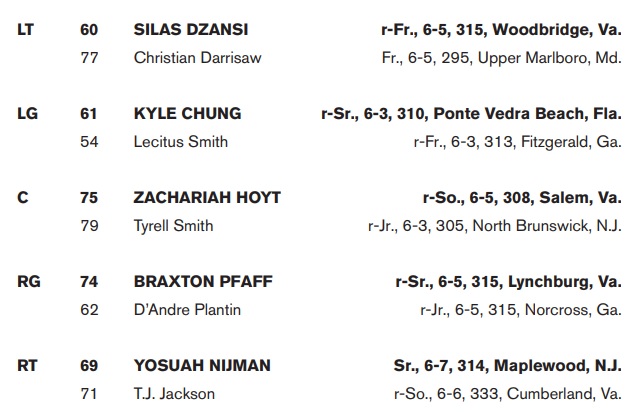