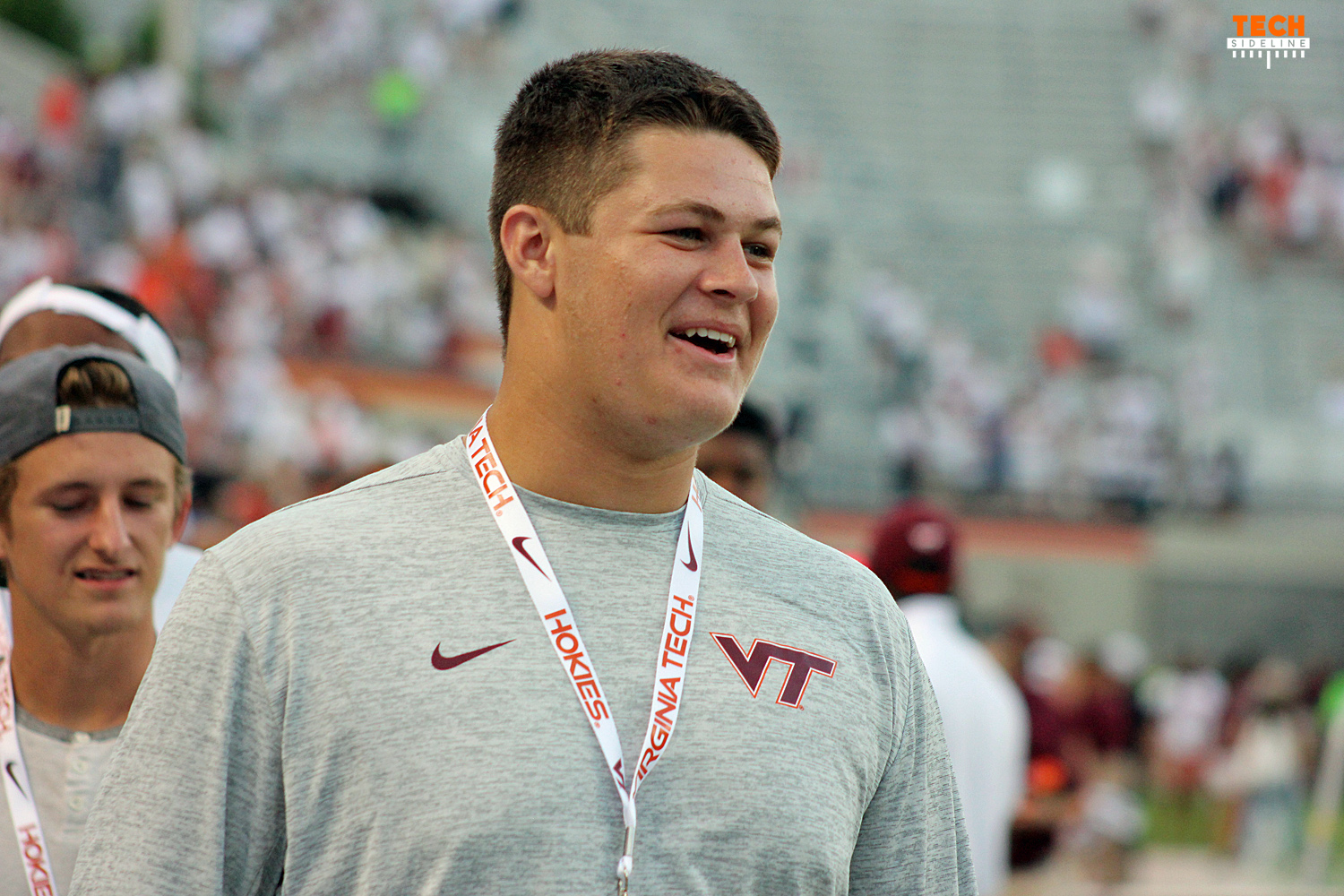 John Harris has a lot of Power 5 offers for a regular run-of-the-mill three-star prospect.  Those offers include North Carolina, Mississippi State, Michigan State, West Virginia, Louisville, Kentucky, and others.  The Hokies went into a deep south state and pulled in a player with numerous offers, and that’s always a good sign.

Harris was the first 2018 offensive lineman to commit to the Hokies.  The first in a strong class of players at his position, Tech fans hope the commitment of Harris ushered in a new era of offensive line recruiting.  With Jesse Hanson already committed for the 2019 class, things are looking up.

Here are some of the things I like about Harris…

High-Level Football: Harris played at the 7A level in Georgia.  That’s the highest classification level in a state that puts out a lot of talent.  If you look at the size of some of the players he’s facing, you see that many of them look like they will play college football at some level.

Size: Harris is a big guy at this stage without being too big.  Ideally, you want to bring in linemen who have the room to put on 20