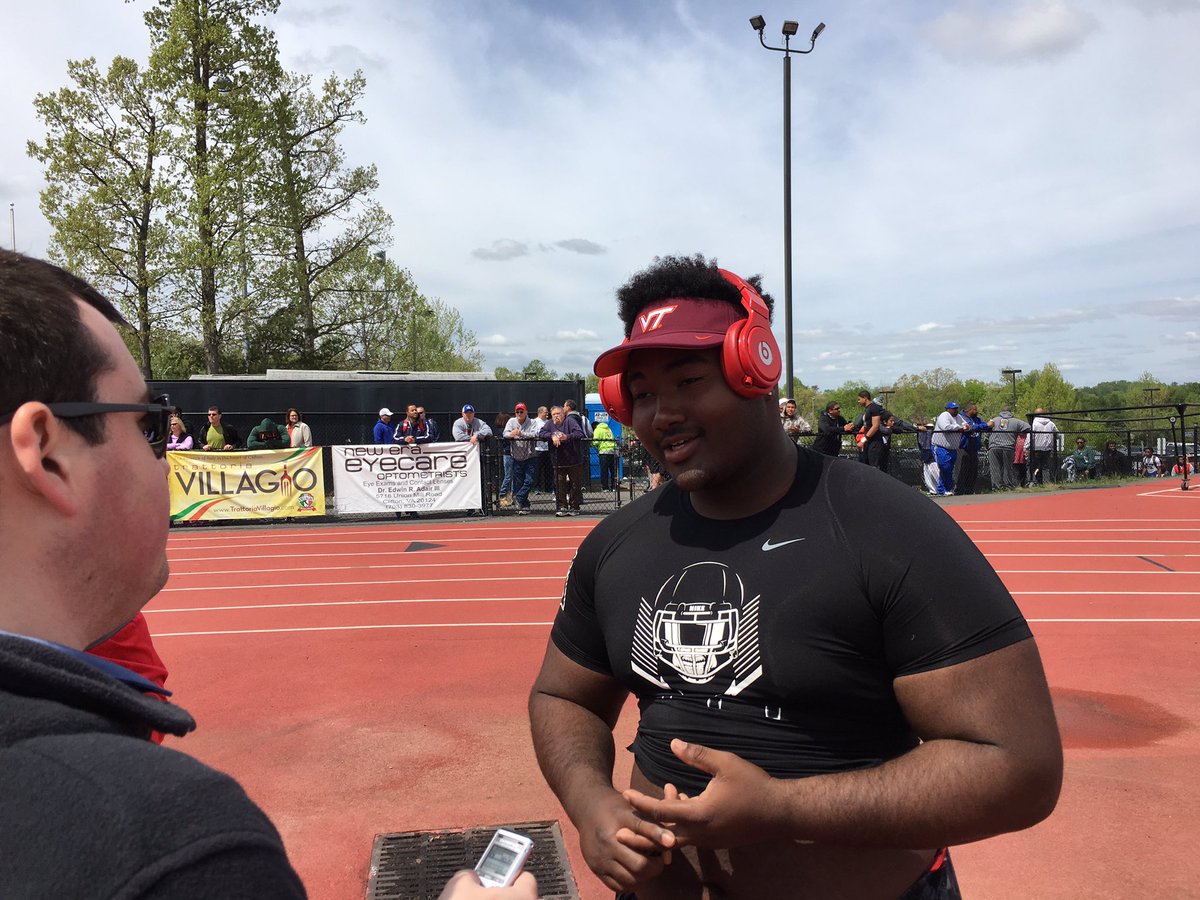 Defensive tackle Cam Goode had 29 tackles for loss and 14 sacks for Saint John’s College High School as a senior in 2017.  He was identified by Virginia Tech early as their top defensive tackle target for the 2018 recruiting class.  He isn’t the prototypical defensive tackle for most teams, but the Tech coaches feel that he’s a perfect fit for their system.

Of all the national recruiting/scouting networks, only ESPN sees Goode as Virginia Tech sees him.  They rank him as an ESPN300 player, and legitimately view him as one of the top defensive tackles in the country.  Whoever did Goode’s scouting report is relying on his own evaluation of film (or seeing him in person) and not his offer list.

Here is a look at Goode’s highlight film.  It’s easy to see why Virginia Tech and ESPN like him so much.

There are plenty of things to like about Goode.

Overall Athleticism: Goode is among the best athletes in the country at his position.  That athleticism shows up on film, and it also shows up with his testing numbers.  Check these out…