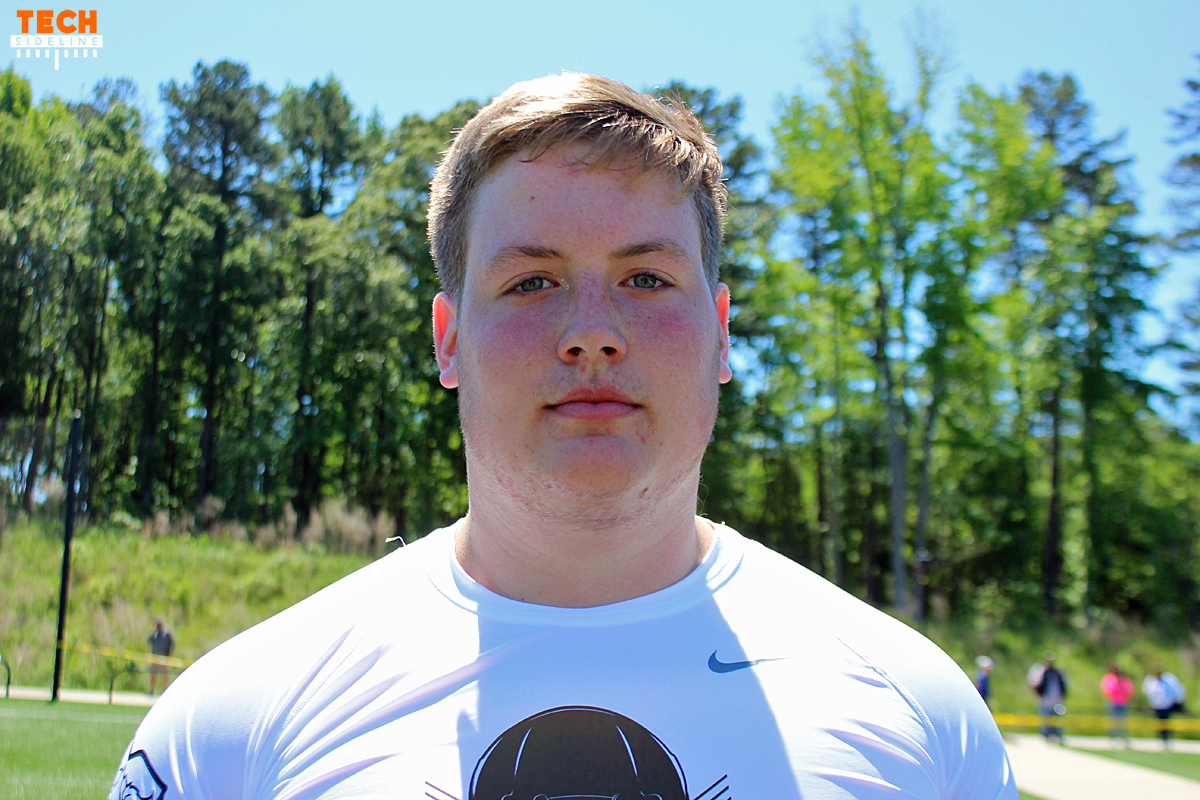 Nearly every weekend this fall, the same GMC Acadia has been on the road to a football game. Along with his father, Lord Botetourt (Va.) 2019 three-star guard Jesse Hanson (6-4, 290) has visited Clemson, Notre Dame, Virginia Tech, Virginia, West Virginia, Appalachian State and Liberty.

Hanson, Rivals.com’s No. 21 player in Virginia for 2019, has had plenty to take in as he’s seen more and more games as an offered recruit. Hanson added offer No. 8 on Thursday, from the Hokies. Now, it’s about weeding through what he’s taken in this fall, to get a better sense of his true options.

“I definitely look for the school, a nice degree that I can do whatever I want to,” Hanson said. “At some point football will stop, no matter how good you are. I look for a school I can compete at the highest level, a coaching staff that cares and can develop me to the best performing person I can be. For me, when I look at a campus, I like one that’s self-sustained, where I can tell on campus that the college is making the city.”

On Saturday, Hanson and his parents travelled in their Acadia to the latest school to offer, for Virginia Tech’s win over Pittsburgh. And for Hanson, it was a scene he’d long heard about.

“It was definitely unique,” he said. “I had never been to a game day. I went in the spring and to camp. Growing up 45 min away, you hear everything about it. Everyone is a VT, UVA or WVU fan. It was definitely awesome seeing the entrance for the first time. That was impressive.”

Having an offer in hand also gave Hanson a different perspective. It’s an offer he said he’d long sought, but didn’t quite expect.

“It definitely makes the decision harder,” he said. “There’s more to consider. It was definitely exciting. I was a little caught off guard. I was hoping for it, but I didn’t expect it that night. Coach (Vance) Vice texted me and asked me to give him a call. That wasn’t on my mind, them offering, so that was exciting.”

Vice has been in contact with Hanson throughout the year. They caught up again on Saturday.

“He came to watch me a couple of games,” Hanson said. “I think I haven’t gotten a chance to talk to him personally as much as I have now, but I was talking to one of his past O-linemen at the game and he said Coach Vice is like that crazy uncle, in a good way.”

Overall, Hanson said he has a good feel for Virginia Tech. The Hokies could well be among the top contenders.

“It’s definitely a school I can see myself going to,” Hanson said. “It has all the checks, a beautiful campus that stands alone, the coaching staff, the facilities, football where you can compete for a championship. It has everything, I just have to consider all my options.”

Hanson, though, said there are plenty of aspects that stand out from his travels this fall.

“I guess it’s just little things with different schools,” he said. “Every school has something unique. Notre Dame has tradition and about everything there has been in a movie. Clemson has the Disney aspect where it seems like everything isn’t even real. It’s just brand new, with toys and gadgets. App State, it’s a ‘time to go to work’ atmosphere. Liberty, my brother went there and everyone knows you there. It’s big time family. UVA, it’s unique in itself. I don’t know how to explain that. Coach Tujague, just having that relationship so long, it’s always a good thing. West Virginia, I just love whole game day experience and singing ‘Country Roads’ on game day.”

Coastal Carolina was the first school to offer, in early April. But Virginia wasn’t far behind, and in part because of that, Hanson said he holds the Cavaliers in high regard as well.

“UVA is one of those schools that would be hard to say no to because of the relationship I have with them,” Hanson said. “Coach (Garrett) Tujague was one of the first to start taking an interest in me and believing in me as a player and a person. I called him Friday before my game and he gave me some tips on how to better my game. He watches my film and we just have a good relationship.”

Hanson isn’t sure about a time